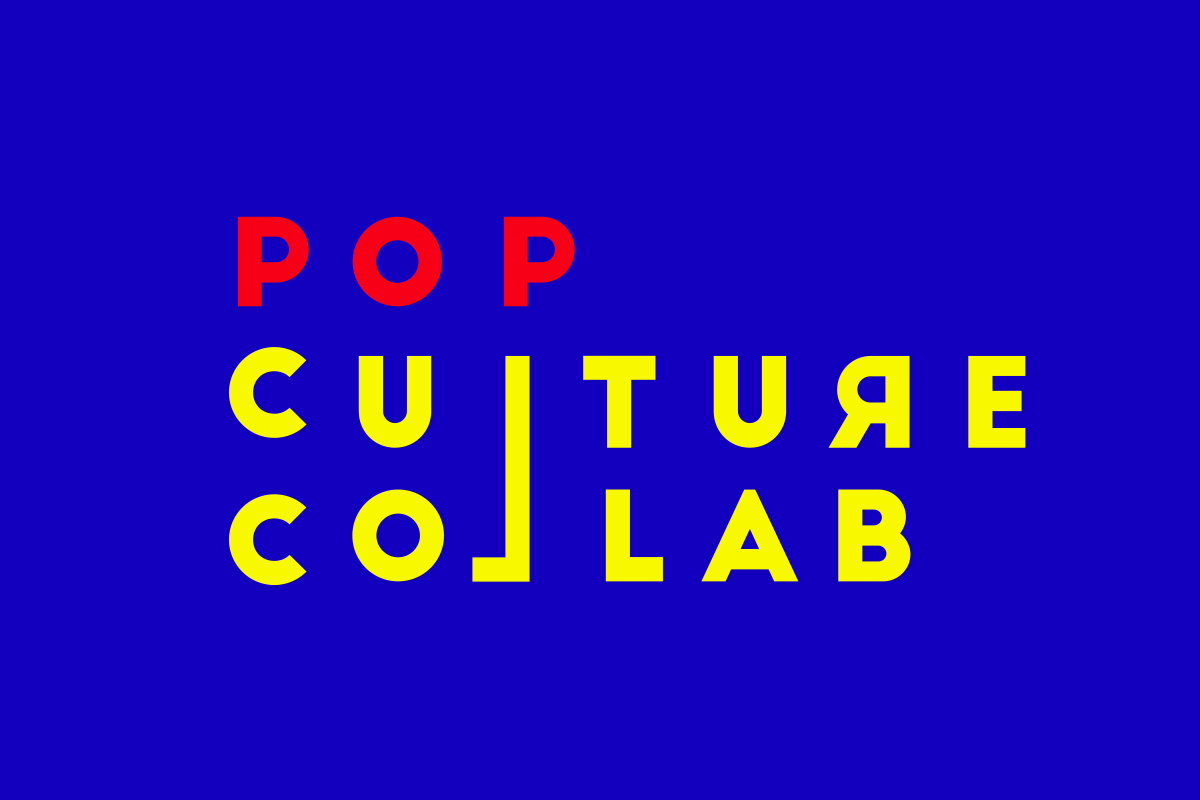 The Pop Culture Collaborative Is A New Philanthropic Resource To Advance Authentic Narratives Of People Of Color, Immigrants, Refugees And Muslims In Pop Culture

(July 20, 2017 — New York, NY) — Today, the Pop Culture Collaborative announced over $700,000 in initial grant awards to social justice and entertainment organizations working to shift popular narratives in entertainment with regard to people of color, immigrant families and communities, Muslims, and refugee people. The investment comes from a core group of philanthropic foundations including the Ford Foundation, Unbound Philanthropy, Nathan Cummings Foundation, The JPB Foundation, General Service Foundation, W.K. Kellogg Foundation and an anonymous donor that recently launched the Pop Culture Collaborative and appointed a team of dynamic leaders to oversee this new resource.

Bridgit Antoinette Evans, Executive Director, is widely recognized as one of the foremost thought leaders in the culture change field, with a career spent advising many of the nation’s most influential entertainers and changemakers. Tracy Van Slyke, Strategy Director, has led at the intersection of media and movement-building for seventeen years, with a focus on social justice and storytelling for mass audiences. Jesse Moore heads communications and messaging, previously having led President Obama’s entertainment and creative partnerships portfolio, mobilizing entertainment industry leaders to drive change on core policy priorities. This team, with the backing of some of the country’s most respected philanthropic foundations, lead the Pop Culture Collaborative, a partnership-building and grantmaking organization positioned at the vertex of pop culture and social change. By advancing projects that harness the power of entertainment–TV, online shows, movies, music, sports and mass media–the Collaborative works to popularize authentic narratives about people of color, Muslims, immigrants and refugees in entertainment, and reshape how we see each other and envision America’s future.

HARNESS, who is removing barriers and forging inroads for people of color-led movements to collaborate in the creation of more authentic stories. Wise Entertainment, producers of the popular HULU series East Los High, who are building new research and audience metric models to help the entertainment industry understand diverse audiences and the effectiveness of minority driven content. Caring Across Generations is elevating often-overlooked caregivers as multi-dimensional protagonists in society, transforming how we think about aging, race, gender, and community in the 21st century. Read more about all of our grantees on the website.

Now more than ever, the media being produced and consumed drives American culture and the nation’s collective vision for the future. This new reality places unprecedented power in the hands of modern storytellers and entertainers in ways the social justice movement is only now beginning to fully explore for purposes of positive culture change and social progress. As movements for social change swell in American streets, and challenges to equity and inclusion ring louder than ever, the Collaborative represents a powerful new resource and social laboratory for entertainers, philanthropists and movement leaders to collaborate on projects that can move society toward understanding, equity, and meaningful cultural change. The Pop Culture Collaborative will collaborate on important projects in three fundamental ways:

“Momentum has been growing for years around the power of narratives and pop culture to awaken people to injustice in our society,” said Executive Director Bridgit Antoinette Evans. “We’ve reached a tipping point within entertainment, as more and more artists and industry leaders begin to fully understand and embrace the role they can play in telling better stories that contribute to a stronger future.”

“We see the cost to real people when negative or one-dimensional narratives about immigrants, refugees, Muslims and people of color take root in society,” said Taryn Higashi, Executive Director of Unbound Philanthropy. “This investment in pop culture strategies, by a diverse group of philanthropic leaders, signals our firm belief that the policy and societal progress we seek requires an engaged and enlightened public – viewing each other through clear, authentic lenses.”

“Leaders of social justice movements and organizations have long envisioned sustainable ways to work at the intersection of pop culture and social change,” said Tracy Van Slyke, Strategy Director to the Collaborative. “This is the opportunity many of us have been waiting for to further the social justice movement’s ability to work hand in hand with the entertainment industry to reach mass audiences.”

The Pop Culture Collaborative has already awarded high value grants to several organizations and initiatives and is currently accepting idea submissions for both long-term and rapid response grant proposals via its website: http://popcollab.org/

Bridgit Antoinette Evans is widely recognized as one of the foremost thought leaders in the culture change strategy field. A professional artist and strategist, she has dedicated her career to the relentless investigation of the potential of artists to drive cultural change in society. Fifteen years of work at the intersection of pop culture storytelling and social change has evolved into a vision for a new, hybrid culture change field in which creative and social justice leaders work together to create and popularize stories that shape the narratives, values, beliefs and behaviors that define American culture. In 2016, Bridgit was a Nathan Cummings Foundation Fellow, piloting Culture Changes Us, a coordinated learning system designed to accelerate the social justice sectors’ understanding and use of culture change strategy. For Unbound Philanthropy and Ford Foundation, she has led multi-year culture change research and strategy design projects aimed at unearthing breakthrough narrative and engagement strategies for the immigrant rights and gender justice movements. Previously, Bridgit founded Fuel | We Power Change, a culture change strategy studio in New York City and her strategy design commissions include the NYCLU/ACLU Policing Project, Make It Work campaign, National Domestic Workers Alliance’s #BeTheHelp strategy featuring Viola Davis, Octavia Spencer, Cicely Tyson, Amy Poehler and other artists; Breakthrough’s #ImHere for Immigrant Women strategy; GEMS’ Girls Are Not for Sale strategy featuring Beyonc√©, Demi Moore, Ashton Kutcher, Sinead O’Connor, Mary J Blige and more; and Save Darfur’s “Live for Darfur” campaign chaired by Don Cheadle and Djimon Hounsou. Drawing insights from these commissions, Bridgit has traveled by invitation to the UK, France, Austria, Croatia, Brazil, South Africa and throughout the U.S. to present talks, lectures and workshops for some of the world’s most innovative movement leaders and artists. She often points to her roots as a professional Off Broadway actor and devised theater producer as the source of her deep passion for culture change strategy. She received her MFA from Columbia University and BA from Stanford University.

Through her work at the intersection of media and movement building for the last 17 years, Tracy has focused on working with social justice and philanthropic leaders to help them develop the profound storytelling and experiences that can catalyze mass audiences for social change.

Most recently, she was the director of the Culture Lab, which through rapid prototyping methodology, built programs and products to help social justice leaders quickly adopt and advance their ability to use pop culture strategies and storytelling to create a just and equitable world. Its signature Cultural Pulse program focuses on helping organizers and advocates hook into the energy of popular culture: to learn from audiences and fans, work with artists and pop content, and experiment with smart, timely community engagement and organizing strategies.

As a fellow at the Opportunity Agenda, she authored the groundbreaking 2014 report “Spoiler Alert: How Progressives Will Break Through With Pop Culture.” Before founding the Culture Lab, she was the co-director of the New Bottom Line, a national alignment of economic justice grassroots organizations; director of The Media Consortium, a network of the leading independent media outlets in the country working to increase their collective impact; and publisher of In These Times, a national award winning political magazine. She is the co-author of the book Beyond The Echo Chamber (New Press, 2010) and her writing has appeared in Huffington Post, Politico, Medium and more. She has been on the boards of National People’s Action and served as president for Free Speech TV and Women, Action and the Media.

Jesse served as a White House speechwriter before leading the President’s entertainment and creative partnerships portfolio, working to leverage his voice and leadership to drive change in national narratives around criminal justice, youth empowerment, and equity. Forging partnerships with Hollywood and music industry figures and championing creative approaches to political, policy and social challenges, Jesse is a leading voice on how pop culture, social justice and philanthropy intersect in American life.

Before serving President Obama in the White House, he was a communications director at the US Department of Health and Human Services, and serving in state leadership roles for both of President Obama’s national campaigns. He sits on the Board of Directors at Rock the Vote and has been featured as a political contributor on MSNBC and in the Huffington Post. Jesse worked early on in youth empowerment and college admissions at Western Washington University ‚Äì where he studied Political Science and English. He is a native of Lynnwood, Washington.

For more information on the Pop Culture Collaborative please contact: