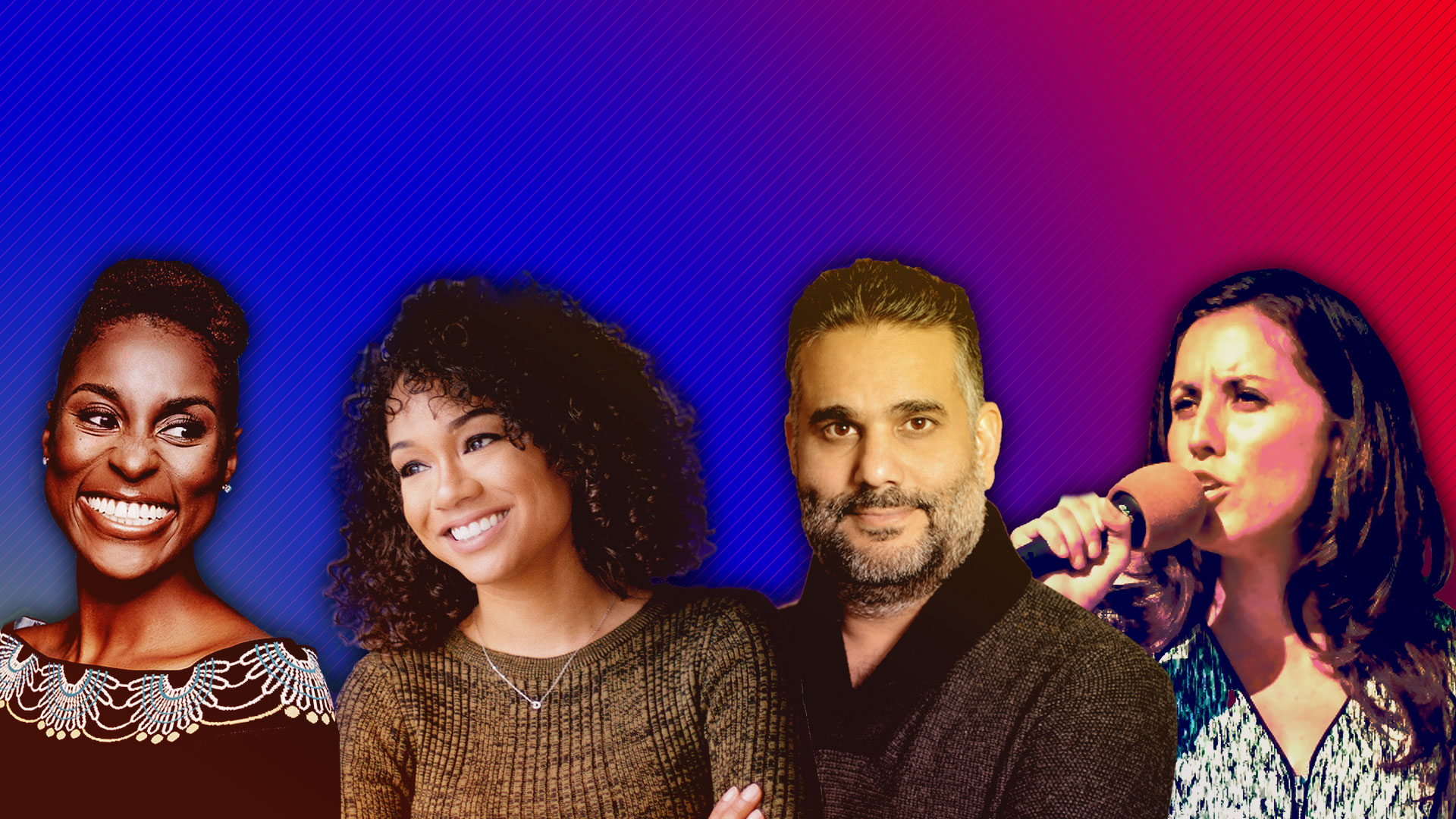 Throughout America’s history, the most transformative cultural shifts—from slavery abolition to Reconstruction, “I Have A Dream” to “Yes We Can,” #BlackLivesMatter, the DREAM-ers, and Love Is Love—have been achieved by movements and leaders who have awakened people’s deep yearning to belong in a pluralist America. In each case, the tug-of-war between belonging and exclusion sparked a portal moment—a cracking open of the public imagination about what this nation is capable of becoming.

We believe our nation is on the precipice of another historic breakthrough: a once-in-a-generation opportunity for the American people to decisively choose to move in the direction of pluralism and justice. How will we respond to this call for transformation? Will we submit to authoritarian narratives that entice us to retreat back into the systems of exclusion and violence that stain our past, or will we step boldly through the portal and onto the path towards our pluralist future?

Americans have the opportunity to ask: What society do we yearn to create and who can we empower to lead the way? If, as civil rights scholar Vincent Harding once said, America is “a country that has yet to be born,” the pop culture for social change field can help prepare and guide millions of people through this process of becoming something new by clearing away the detritus of our nation’s past, replacing fetid, crumbling ideas and norms with ones rooted in justice, care, and connection.

Together, artists, organizers, strategists, and researchers can create the stories that help the American public understand and interpret the choices we face through the lens of our shared commitment to becoming a pluralist nation.

Over the long-term, the Collaborative is working to support the growth of a pop culture for social change field capable of building the yearning in most Americans (more than 150 million people) to actively co-create a just and pluralist society in which everyone is perceived to belong, inherently, and is treated as such. The Pop Culture Collaborative defines a pluralist society as a culture in which the majority of people in a community and nation are engaged in the hard and delicate work of belonging together in a just and equitable society.

Individuals/organizations with fiscal sponsorships as well as nonprofits and for-profits in the United States are eligible for Pop Culture Collaborative grants.

To be considered, proposals must engage, affect, center, and/or support at least one or all of our multi-community focus areas: people of color, immigrants, refugees, Iindigenous peoples, and/or Muslims, particularly those who are women, queer, transgender, and/or disabled. Initiatives with an intersectional and intentional focus on gender justice, LGBTQIA rights, disability, democratic fairness, pluralist values, and economic justice are highly prioritized.

The following categories are not eligible for Pop Culture Collaborative grants:

The Collaborative seeks grantee partners working at the intersection of pop culture and social change who:

Please see our list of past and current grantees for examples of the types of programs and organizations that the Collaborative supports.

We typically do not fund:

Opportunity Grants are for emergent initiatives, projects, and research; time-sensitive gatherings, retreats, or convenings; and/or critical experiments at the intersection of pop culture and social justice.

Grant Amounts and Timing: Opportunity grants can be awarded for up to $50,000. Proposals (considered only upon request) are approved year-round on a rolling basis and should be completed within four to 12 months.

Opportunity grants are not necessarily hooked to external timing (please see our rapid response grants for time-sensitive grants), but based on the timing and needs of the artists, initiative, and/or organization. Opportunity grants tend to be focused on project that are:

Opportunity grants can cover the total cost of a gathering or be applied to the budget of gatherings that cost more than $50,000.

Grant Amounts and Timing: Rapid Response grants can be awarded for up to $50,000. Proposals (upon request) are approved year-round on a rolling basis and projects should be completed within four to 12 months.

All approved Opportunity and Rapid Response proposals will fall under at least one (and sometimes more) of the Pop Culture Collaborative five priority grantmaking program areas, including:

The Pop Culture Collaborative provides grants to artists and organizations or companies that support artist cohorts, from various disciplines, locations, and industries to bring their artistic vision to mass audiences, while also contributing to field-wide efforts to build public yearning for a pluralist America.

We seek to create a large, networked community of artists who believe that their creative work and leadership have the power to inspire millions of Americans to actively co-create a pluralist society.

The Pop Culture Collaborative supports artists, activists, strategists, researchers, and other practitioners in the entertainment, social justice, and philanthropic fields to build a robust pop culture change field capable of achieving widespread narrative and cultural change at scale. Together, they can form narrative networks that have the knowledge, connections, skills, and infrastructure that can align and create transformative narrative environments in our society.

See examples of past and current Culture Change Research grantees.

The Pop Culture Collaborative supports initiatives, bold experiments, and exploration of emerging activation models to ensure that just, authentic narratives about historically marginalized communities are deeply integrated into our nation’s narrative landscape and strategically leveraged to build widespread public yearning for a just and pluralist America.

See examples of past and current Innovations in Mass Audience Activation grantees.