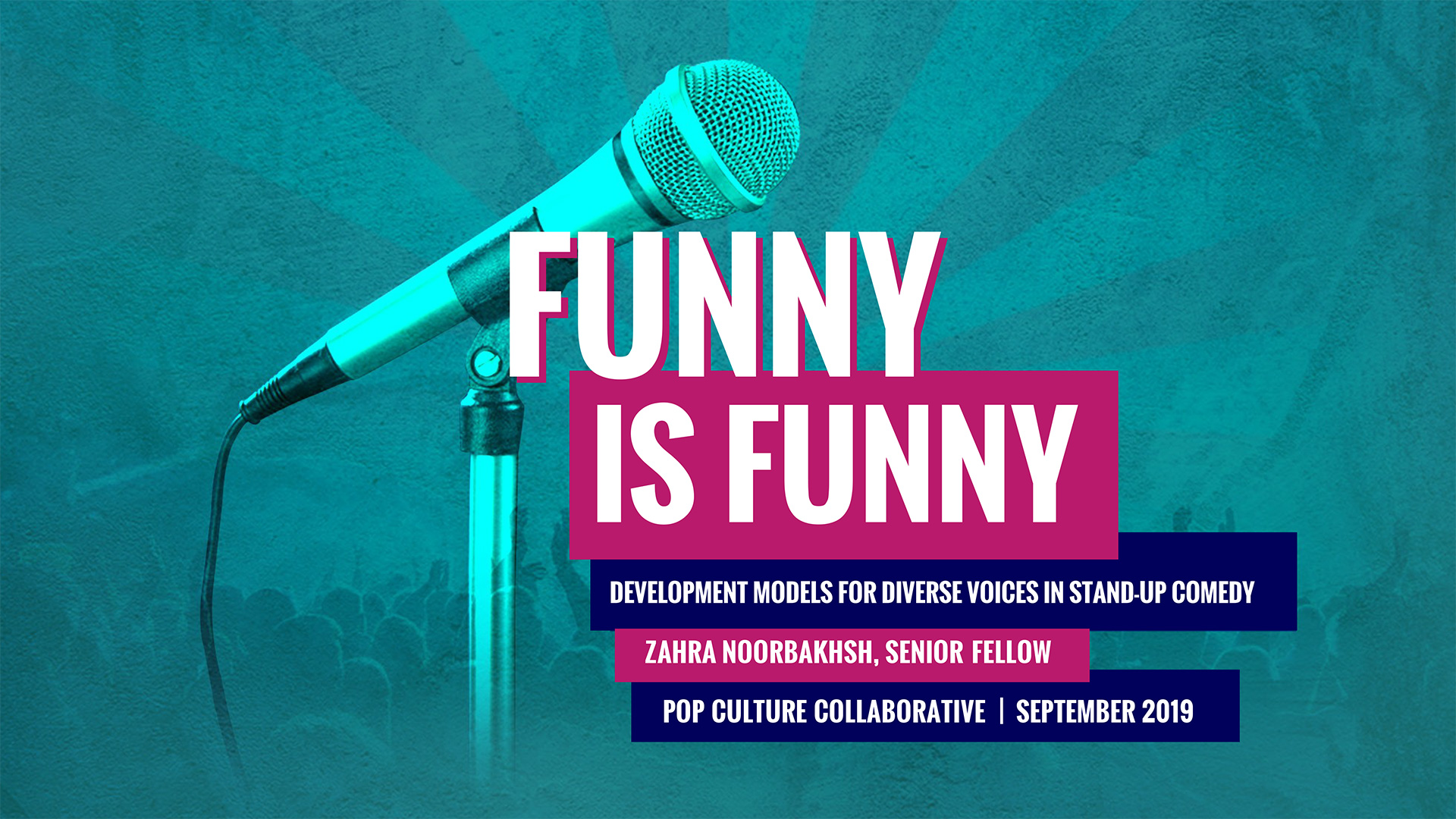 Welcome to “FUNNY IS FUNNY: Development Models for Diverse Voices in Stand-Up Comedy,” by Pop Culture Collaborative Senior Fellow and stand-up comic Zahra Noorbakhsh. Funny Is Funny lays out the systemic challenges facing diverse comedians who are trying to break into the comedy scene and proposes development models that might help them. This is critical “not just for the sake of our careers, but because the future of culture depends on it.”

Noorbakhsh combines her personal story as a stand-up comedian with a sharp analysis of the current pipelines that work against diverse stand-up comics. In the report, she reveals how the bar scene and associated gatekeepers form systemic barriers; breaks down how the traditional joke structure that forces diverse comedians to either “disinherit themselves from their identity” or work with stereotypes; and walks readers through the factors that can make or break a stand-up comedian’s long-term career success.

She also offers recommendations, including how to support artist development, provide alternative performance opportunities, and reframe what defines “successful” comedy.

Noorbakhsh’s analysis comes at a peak time in conversations on the role of comedy and social change, debates about the conflation of comedy and racism, as well as callouts of the systemic discrimination in the comedy ecosystem.

Funny is Funny: So What’s Happening to Stand-Up Comedy (frank, 2019)

Zahra Noorbakhsh will make you laugh so hard you’ll cry. But she’s not joking when she says that the future of culture depends on expanding the comedic talent pool.

This sneak preview clip is from the theatrical world premiere of “On Behalf of All Muslims: A Comedy Special,” written and performed by Zahra Noorbakhsh and produced by Golden Thread Productions in association with Brava Theater For Women in the Arts. The show was directed by Lisa Marie Rollins with dramaturgy by Nakissa Etemad.

For additional insights and context, please check out: