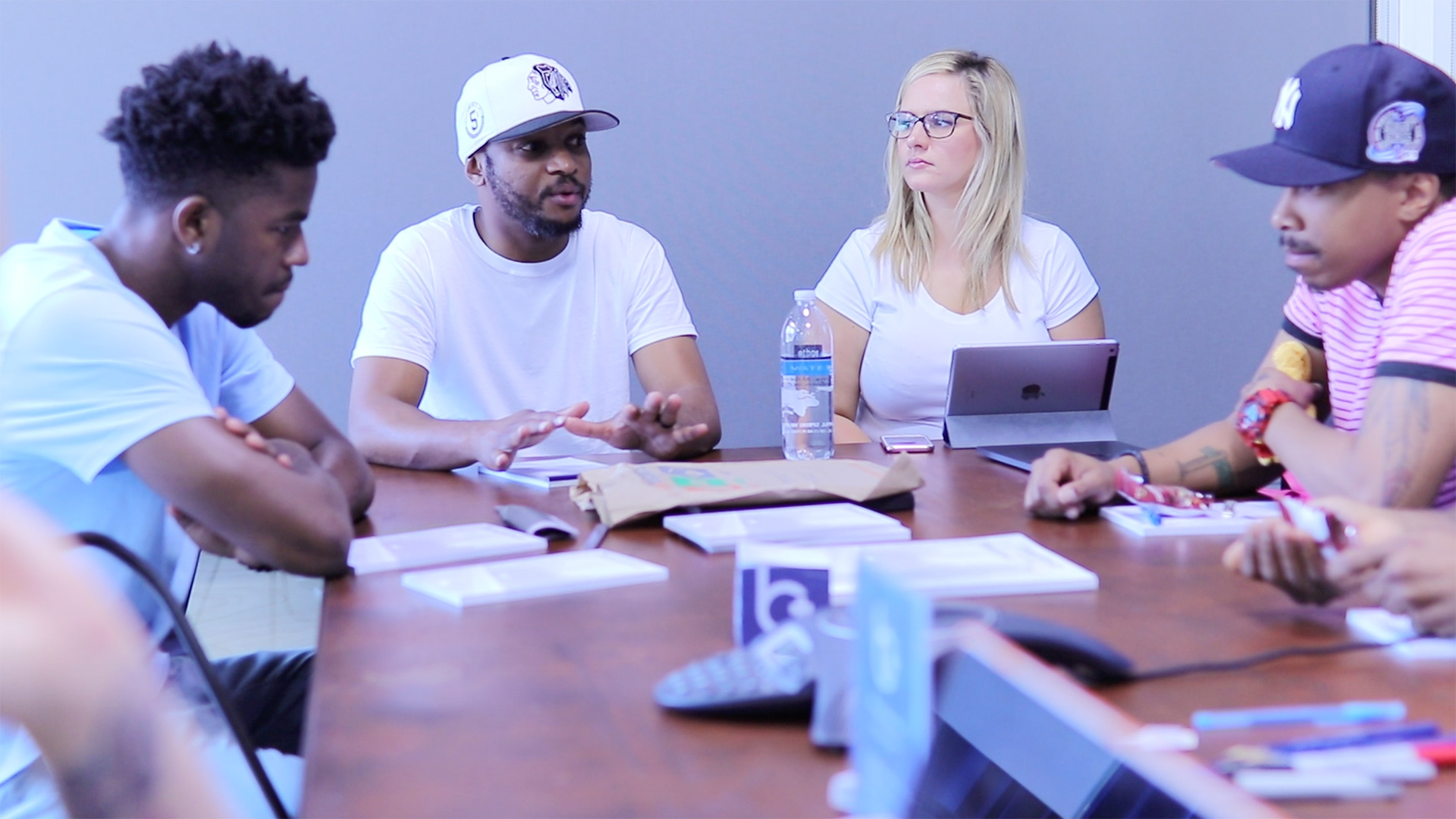 Unleashing Giants produces human stories that break racial and economic boundaries, creating a megaphone for traditionally unheard voices. Its first television drama, Up North, digs into the brutal reality of the New York prison system as an innocent black teenager gets arrested for a crime he did not commit. With support from the Collaborative, Unleashing Giants integrated formerly incarcerated people as partners within the Up North writers room. Up North is currently in production of its first season under Byron Allen’s Entertainment Studios banner.

Behind the locks and bars of the system, there is an ocean of undiscovered brilliance. It is my hope that our program helps to remind people, both inside and outside of incarceration, of a simple truth: the body can be caged, but never the mind. –Emil Pinnock, Unleashing Giants