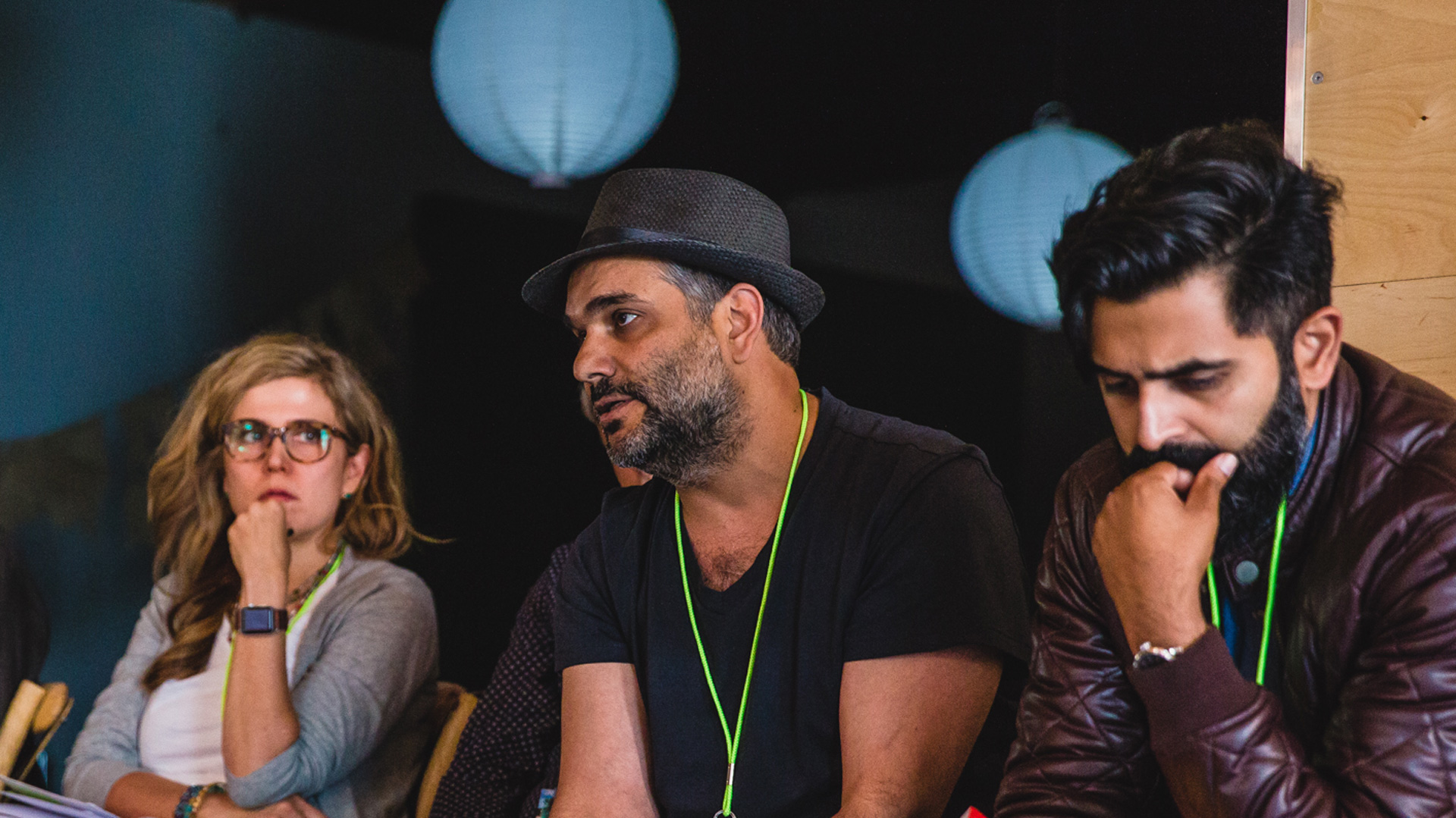 Founded in 2007 by Mahyad Tousi and Reza Aslan, BoomGen Studios serves as an alternative pipeline to incubate, produce, and launch premium entertainment about the peoples, myths, and cultures of the Greater Middle East aimed at global audiences.

In 2019, and with support of the Collaborative, BoomGen will pilot a Pop+Culture+Accelerator for mid-career artists of color to successfully produce original projects that reflect distinctive underrepresented voices with culture-shifting ambitions and commercial appeal. The model emerged from a year-long R&D process, which revealed that while there have been meaningful investments in creatives of color at the beginning of their careers, all too often after initial support, recognition, and success, these artists confront a systemic bias—or as they call it a “valley of death”—that is detrimental to their projects and careers.

Traditional pipelines are failing, yet we are spending vast resources aimed at diversifying them. Meanwhile, a narrow minority with limited cultural and economic life experience—their blind spots and biases in tow—are in the throes of building our culture industry anew. Our model aims to attract crucial investments in an innovative pipeline for creatives of color and their overlooked and undervalued IP, developed in proximity with other brown and black artists, powered by pop culture fandoms, for delivery across multiple platforms, rooted in four key principles: ownership, transparency, participation, and inclusion.—Mahyad Tousi, BoomGen