Beyond the Numbers: Upcoming Audience Research That Will Impact How Content Is Created 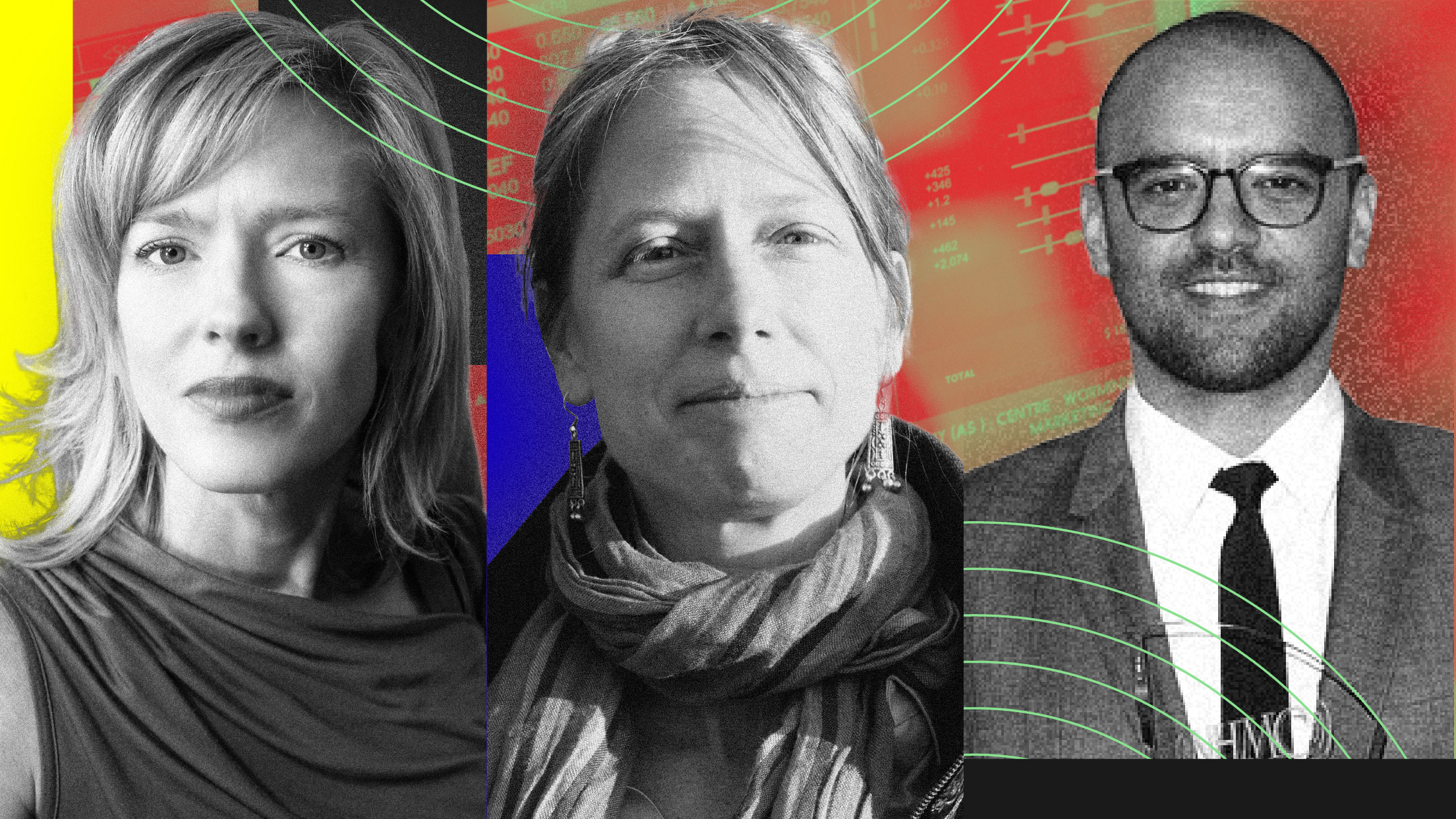 When M.A.S.H. aired its series finale in 1983, its success was undeniable. Close to 106 million Americans watched that broadcast. It remains the most-watched scripted TV episode in history, boosted no doubt by the fact that viewers only had three major networks to choose from. The rise of cable, the advent of streaming services, and the explosion of social media have made such momentous small screen events all the rarer. Coveting such astronomical numbers in 2019 is futile.

As network executives, series producers, and showrunners have moved towards exploiting niche markets and properties, they’ve learned that the markers of success do not begin nor end with a metric like “TV ratings.” And for those in social justice and entertainment sectors committed to transforming narrative through culture, there is the growing appetite to better understand and connect with audiences.

A new generation of audience measurements and analysis begins with quantitative measures, but then asks more complex questions: Is there a way to understand target audiences’ ideology better through their taste? Can popular culture tackle bias and bigotry? Can studies on audiences’ tastes and behaviors help us figure out what works when it comes to pushing socially conscious ideals forward in a platform as wide-reaching as television?

Hoping to reimagine both how we measure the reach of a television series in the twenty-first century and the ways we utilize those metrics to advance a social justice mandate, collaborations between the Norman Lear Center and futurePerfect Lab, and audience analysis projects from Wise Entertainment are breaking ground for storytellers and activists alike.

For Heidi Boisvert, an Assistant Professor and Director of the Emerging Media Technology program at CUNY, and founder of futurePerfect Lab, the framing query is simple: “How do we get audiences to move towards a specific behavior?”

To arrive at an answer, Boisvert and Johanna Blakley, the Managing Director at the Norman Lear Center, have partnered for a research project funded by the Pop Culture Collaborative that encompasses content coding, survey research, and (down the road) biometric analysis. The goal is to get a full picture of what media is depicting, how people are consuming it, and how that affects our online and offline behavior.

The backbone of their work is a large data survey the Center organized in 2018, tracking changes from a similar survey the Norman Lear Center administered in 2008. The survey asked participants both about their ideological preferences (their stances on issues such as gun control, immigration, and climate change) and correlated these findings with their entertainment diets (shows they liked, music they listened to, news sources they consumed). The comprehensive data set allows the researchers to see the ways people’s political views intersect with their pop culture choices. Knowing, for example, that people who listed immigration among their top concerns were disproportionately likely to select The Walking Dead as their favorite show, or that, contrary to popular opinion, ideological groups have come closer together on several potent issues (including abortion and same-sex marriage) over the last 10 years, can serve as helpful bedrocks from which to create socially engaged content.

Their work was partly inspired by the heat maps published in The New York Times shortly after the 2016 election that illustrated television tastes across the country. Showing, seemingly, a deeply polarized country, its headline read “Duck Dynasty vs. Modern Family: 50 Maps of the U.S. Cultural Divide.” But the focus on zip codes and Facebook likes that served as the raw data for those maps felt to Blakley and Boisvert to obscure more insightful probes into this question of TV metrics. As part of their larger project, the Norman Lear team also been “story coding” television shows. The goal is to be able to identify what specific aspects of a show (that one scene, that one bit of dialogue, that one camera angle) most resonate with viewers.

Later in the year, Boisvert will be tackling the latest phase of their research, wading into biometric measurements, seeing exactly what it is that triggers physiological responses as we watch our favorite shows.

They hope these “more precise instruments for analyzing entertainment and media that combine traditional social science research with both a deep scene-by-scene analysis and biometric arousal patterns will equip social justice storytellers with a road map for creating more impactful and inclusive media,” Boisvert said. The first phase of their report, Tracking the Political Divide Through TV Preferences: How American political views & entertainment preferences have shifted over ten years, will be released in April 2019.

While other audience research firms like Nielsen do similar research, they are not doing it for the same reasons. “The big players already collect lots of proprietary audience data, including biometric data, in order to make their content more commercially successful,” Blakley noted. “Our assumption is that they don’t ask the kinds of questions we ask because they are not interested in achieving social change through storytelling. Our dataset is engineered to serve social justice storytellers, who want to optimize the social impact of their work.”

Similarly concerned not just with measuring impact but wholly reinventing how it is valued in the entertainment industry is Maurício Mota, the co-president of Wise Entertainment. An executive producer on Hulu’s award-winning teen drama East Los High, Mota and his company are now hard at work on Metrics of Color, a media measurement methodology designed to help producers of color understand how audiences of color consume, share, and engage with entertainment content,’ market that content; and develop interactive, audience engagement strategies.

As Mota says, the goal is to create a one-stop-shop dashboard where creators, “can understand all the stages in how to explore and measure the success of an intellectual property as you create it, as you develop it, and as you put it out into the world.”

Metrics of Color is an outgrowth of the work Mota and the production team of East Los High did through its four seasons. Set in a high school in Los Angeles, the show distinguished itself by tackling contemporary social issues that affect the Latinx population it was depicting. East Los High’s success went hand in hand with its social justice mission. Moreover, because the show partnered with various advocacy groups throughout its run, its production team kept close tabs on the ways their audience engaged with its content in order to find new ways of measuring and harnessing its impact.

By the time the show ended in 2017, Mota had an enviable amount of data that now serves as the raw material from which Metrics of Color will be prototyped.

Recruiting data analysts, statisticians, experts on traditional TV measurements, as well as insights from those working on impact evaluation in the nonprofit sector, Metrics of Color wants to move beyond viewership numbers as the be-all and end-all of television metrics. This feels most pressing when someone like Mota can, as he did earlier this year, walk out of meetings where he’s told a project has a set budget ceiling because “there’s no market for Latinos.”

“The bars for success are completely different for people of color and their pop culture products,” Mota noted. That means storytellers who hope to break into the business or who want to put people of color front and center in their shows will be better served by having access to the kind of insights Metrics of Color expects to deliver.

At the heart of all these projects is a simple belief: entertainment and pop culture have a social impact on all of our lives. As the industry continues evolving and adapting to an ever-changing and fractured landscape, it is imperative to ground that truism in empirical data. The better to serve audiences and storytellers alike, yes. But also to more consciously create work that moves us to tears, to laughter, and, of course, to action.

Manuel Betancourt is a New York City-based writer, editor, and critical thinker. A pop culture enthusiast and an eternal Buffy fan, he mostly writes about queer and Latinx media and culture.