As White Supremacy Falls Down, White Nationalism Stands Up 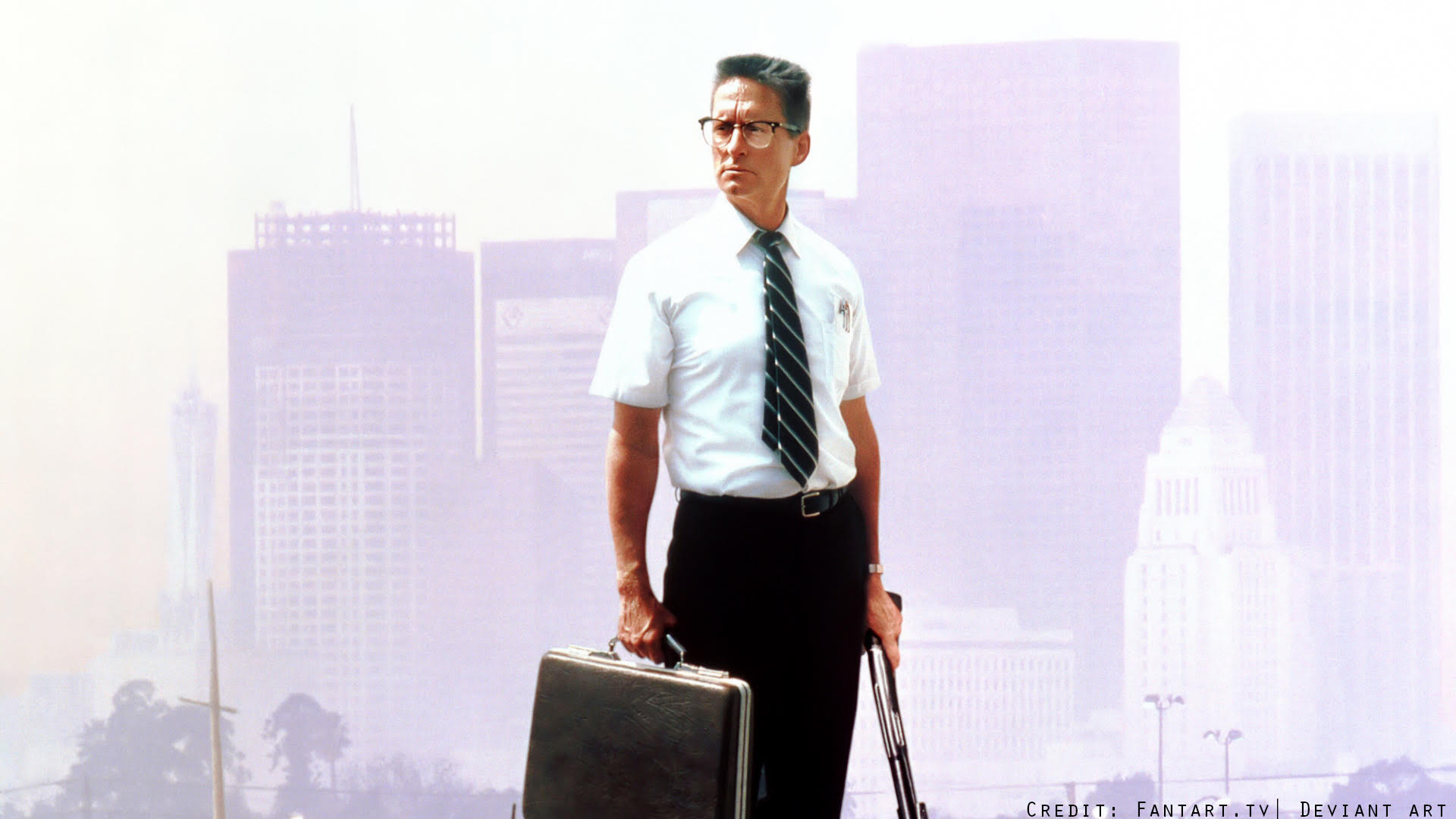 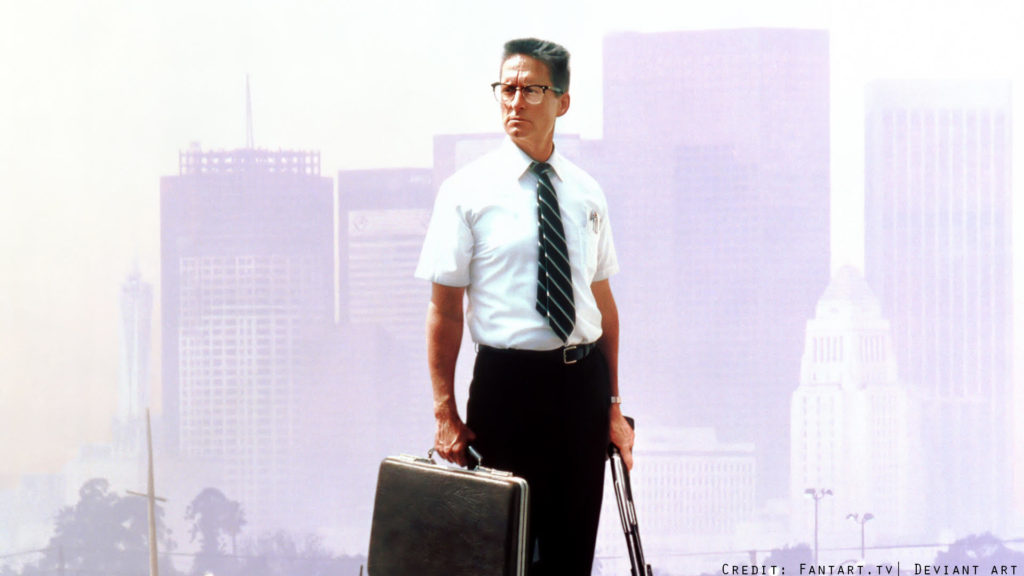 I imagine this statement may have confused you. Aren’t they the same thing? Simply put, no–and the distinction is critical. While white supremacy in the United States is a system designed to maintain control over people of color and the sexuality and reproductive rights of all women, white nationalism is a social movement advancing a mass cultural narrative that is singularly focused on the creation of a white-ethno state. But we in the social justice and storytelling world continue to conflate the terms and intentions of the two, leading to a mismatch of strategies and narratives.

For years, I too had similar challenges in distinguishing between the two, until the moment a pop culture experience opened my eyes.

It was February 1993 and I was in a mall multi-screen movie theater in Eugene, Oregon. The kind of theater where as a teenager you would sneak from screen to screen. But I was staying put in my seat, as I was there to see one movie: Falling Down.

The film stars Michael Douglas as the fictional William Foster, a recently unemployed aging white male, who feels alienated and lost in the changing world around him. When his erratic behavior and temper results in being disinvited to his daughter’s birthday party, he decides he has the right to be there anyway. Foster sets out across Los Angeles but when his car breaks down, he travels on foot. The film escalates as he engages in a violent spree of assaults and murders. He’s portrayed through most of the film as a sympathetic anti-hero, justified in his violent targeting of gangs (Latinos), untrustworthy immigrants (a Korean shop owner), the “lazy poor” (homeless), union workers (a city employee), feminists (his wife), and the state itself (symbolized by law enforcement).

At first Foster represents the white supremacists who seeks a return to a past that will never reappear. In Falling Down, he begins by trying to reclaim what he believes is his manifest destiny, the right to be in control. He seeks to reinstate a time before the civil rights movement, when people of color and women knew their places. It’s not by coincidence that he tells a Korean storeowner, before destroying merchandise, “I’m rolling prices back to 1965.”

But over the course of the film, Foster realizes violence and intimidation aren’t enough to return to the past, so instead he starts to carve a path of violence to create something new.

I held my breath and watched in horror as Foster transformed from a “time has passed you by” white supremacist into a bona fide white nationalist. As I left the theater, I finally understood that white supremacy had a new competitor and it was called “white nationalism.”

As I left the theater, I finally understood that white supremacy had a new competitor and it was called “white nationalism.”

White supremacy in the United States is a system of social control and disparities formed to exploit indigenous populations, Blacks, poor whites, immigrants, and women’s sexual reproduction to maintain the political, cultural, economic, and social domination of those identified as white. Some examples include chattel slavery, the Indian Removal Act of 1830, the Chinese Exclusion Act of 1882, Jim Crow, ‚ÄòOperation Wetback’ in 1964 and anti-miscegenation laws not struck down until 1967 (Loving v. Virginia) to name but a few. Morally and legally defeated by the civil rights movement, de jure white supremacy (legally recognized) gave way to de facto white supremacy (generally known to exist in society, economy, culture, policies, and services, even if not legally authorized) during the 1960s.

If white supremacy is a system of disparities and bias used to exploit and maintain control, white nationalism seeks the complete removal of Jews and people of color from the United States altogether. White nationalists seek to dismantle the current state and replace it with a white only ethno-state. In short, ethnic cleansing. Unlike white supremacy, white nationalism is rooted in the anti-Semitic belief that Jews are responsible for the defeat of white supremacy and seek to destroy the “white race” through mass immigration, gay marriage, and a host of inclusionary policies.

Rather than something to replicate, white nationalism sees white supremacy as a failed experiment and not one worth revisiting. In 2014, a commentator lamented on the pages of Stormfront, a popular white nationalist website:

“I think the past actions of some whites (slavery and conquering land) has damaged the race a lot. It has opened the door to multiculturalism. We are made to feel guilty about these past actions. Foreigners say whites should support multiculturalism and not whine about it because in the past they came to our lands and conquered and forced there [sic] culture on us. It’s KARMA.”

White nationalist leaders and strategists are attempting to draw from all elements of society, especially those who cling to the dying vestiges of white supremacy. The growing “alt-right” is an example of this. And they are succeeding. A fall 2017 Ipsos poll for Thomson Reuters and the University of Virginia Center for Politics found that while most Americans reject the white nationalist affiliations, 31 to 39 percent do agree with major tenets expressed by white nationalist leaders on race and belonging.

The Narrative Battle of Belonging

If ridding our nation of systems of historic and present-day white supremacy is primarily a legislative and judicial imperative, then successfully isolating white nationalism as a social movement is primarily a cultural one.

If ridding our nation of systems of historic and present-day white supremacy is primarily a legislative and judicial imperative, then successfully isolating white nationalism as a social movement is primarily a cultural one.

White nationalists need a mass base to gain control over the state. They seize on current events to grow their base and influence public conversation and attitudes. They reframe the rejection of white superiority as an attack on patriotism. They claim that naturally occurring demographic change is an intentional act tantamount to “white genocide.” White nationalists have utilized these narratives in ways that have led to the adoption of draconian policies such as immigration enforcement and the ban on Muslim refugees and even travelers.

That is why it is imperative to reject the instinct to conflate white nationalism with white supremacy. Through television, film, music, and more, we must continue to expose the systemic vestiges of white supremacy. That calls for narratives that explore the negative impact of systemic racial and gender disparity on our communities. Popular shows such as The Good Wife and Black-ish have exposed this structural societal blight with powerful and nuanced storytelling. The #TakeAKnee protests by NFL players is another, while albeit imperfect, critical example of nurturing a needed debate on the disparity of police violence and killings on Blacks and Latinos.

In contrast, confronting white nationalism calls for artists and others to draw a clear moral barrier against hate. There is no room to debate movements that call for the exclusion of communities based on race, religion, gender, ethnicity, or nationality. When it comes to white nationalism, Eminem, without apology, in a recent live spoken word performance for Black Entertainment Television (BET) calls on his fans to choose a side–his or white nationalism.

We also need to revel in our role and responsibility as storytellers, strategists, philanthropists, and social justice leaders to create stories that provide an alternative to the belief in white, male superiority. We need to take on, challenge, and rewrite the stories of who is an American, what that means, and what our future society should look like.

Pop culture has the power to isolate and push back against the growing white nationalist movement and narrative. It’s time to own that power.

Eric K. Ward (@bulldogshadow) is the executive director of Western States Center. From 2011-2017, Eric served as a Ford Foundation Program Officer and a Program Executive for The Atlantic Philanthropies. Eric is a singer-songwriter and board member of Revolutions Per Minutes, a nonprofit agency that provides artists with strategy and support for their activism and philanthropy.

READ THIS NEXT: Fourth Down: Owning the Narrative Around the National Anthem Protests