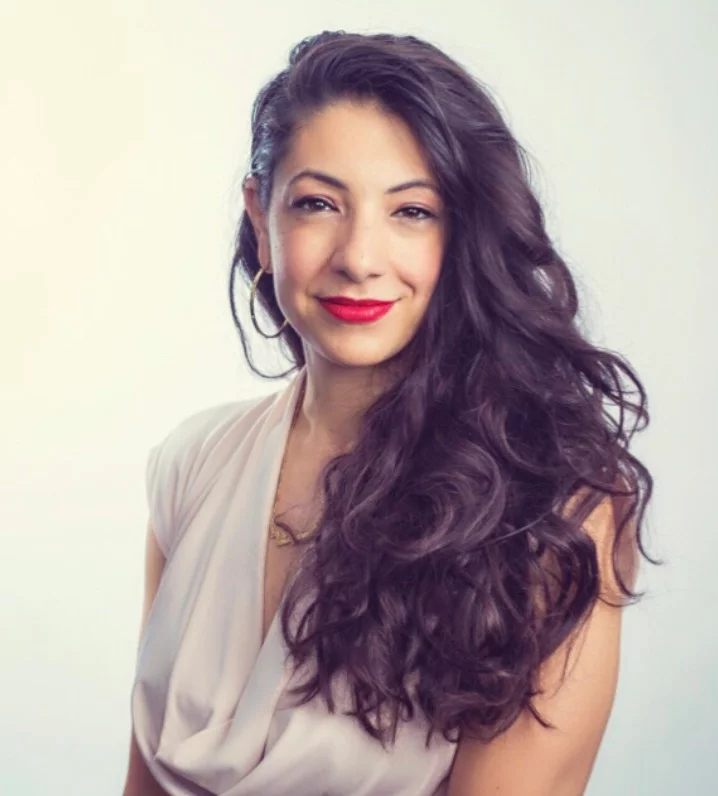 A 2021-2022 Harvard Religion + Public Life Fellow in Media + Entertainment, Dr. Maytha Alhassen is a historian, TV writer + producer, journalist, arts-based social justice organizer, and mending practitioner. She has worked as an on-air host for Al Jazeera English and The Young Turks. In 2017, Maytha was awarded a TED residency that culminated in the TED talk “A Poem for Syria: Beyond a Geography of Violence” about her ancestral relationship to Syria and work with displaced communities in the region.

Maytha co-edited a volume on narratives from the 2011 Arab uprisings “Demanding Dignity: Young Voices from the Front Lines of the Arab Revolutions” (White Cloud Press, 2012) and authored the report Haqq and Hollywood: Illuminating 100 Years of Muslim Tropes and How to Transform Them (Pop Culture Collaborative, 2018) as a Pop Culture Collaborative Senior Fellow. She has also authored numerous academic articles.

She has facilitated healing workshops infused with art, trauma-informed yoga, mediation, and reiki to displaced people in Greece, Turkey, along the US-Mexico border, U.S. prisons, and in fugitive spaces, and has co-founded multiple social justice organizations including Muslim Anti-Racism Collaborative, the Social Justice Institute at Occidental College, Believers Bail Out (a Muslim abolition group), and in the wake of George Floyd’s brutal murder, the Arabs for Black Lives collective.

Currently, Maytha produces and writes for Golden Globe and Peabody-winning Hulu series Ramy and serves as an Executive Producer for the upcoming docuseries American Muslims: A History Revealed. She also advises on social impact campaigns, does educational and entertainment consulting, and offers healing workshops, all while trying to find time to write some books and show treatments.

Maytha will be launching a digital series geared to inform viewers on a range of topics from critical media literacy to a women’s right to her bodily autonomy. These short videos will invite viewers to interrogate polarizing issues in our culture and seek out  their deeper complexities.