The Lily: In ‘Wonderland,’ these podcast hosts explore how pop culture can change the world 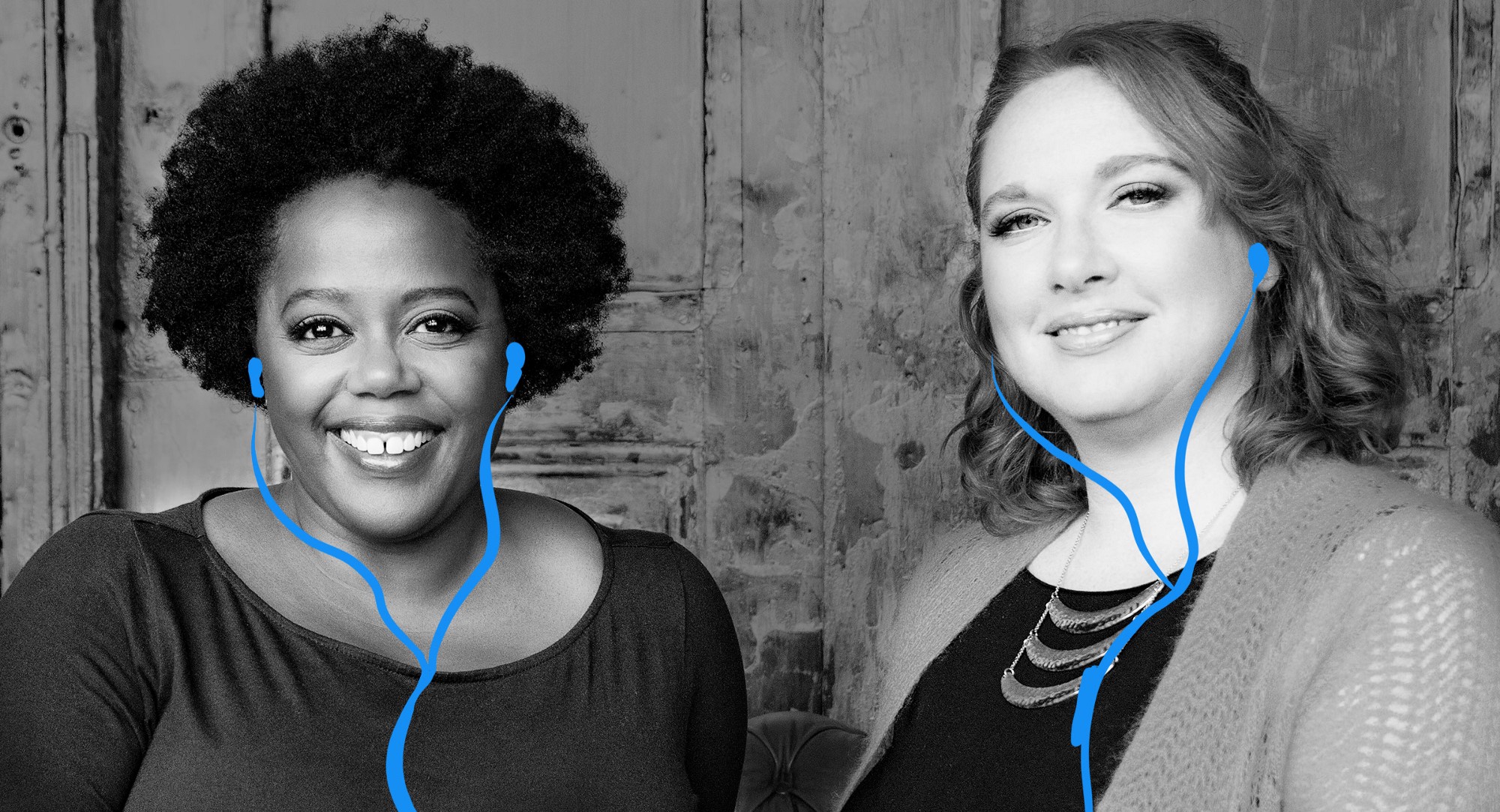 Bridgit Antoinette Evans and Tracy Van Slyke believe pop culture can change the world. It can drive social movements, promote change, help us understand the past, and allow us to reimagine the future.

“Pop culture stories inform how we see ourselves and each other‚Ää–‚Ääas individuals and as participants in an evolving democracy,” Evans says. “For better or worse, these stories seep into our real world perception.”

Evans and Van Slyke are longtime culture change strategists and the hosts of “Wonderland,” a podcast that explores the connections between pop culture, human nature and social change. Each episode features two guests: a social change visionary and a pop culture innovator.

We caught up with Evans, the executive director of the Pop Culture Collaborative, and Van Slyke, the organization’s strategy director, via email to learn more about the podcast and how pop culture impacts our lives. This interview has been edited for length and clarity.

The Lily: Looking back, how do you think pop culture affected you growing up? Can you cite examples of TV shows, musicians, movies or books that had a positive or negative effect on you?

Bridgit Antoinette Evans: My relationship to pop culture is so strange: I grew up on military bases in Europe and Asia, and we only had one channel‚Ää–‚ÄäArmed Forces Television‚Ää–‚Ääand one single screen movie theater to enjoy until I was well into high school. It forced me to engage with content that I might never have discovered as an African American girl from a Southern family centered in black civil rights legacy.

Yet, I loved falling deep into a story, so I was obsessed with “All My Children” and “General Hospital” like any self-respecting child of the ’80s. Luckily, they also aired “The Jeffersons,” which became my all-time favorite TV show. It seemed to me that this show was exactly the fulfillment of the “dream” that my mom had always talked about.

In the absence of any other channels to choose from, I read books. Octavia Butler’s “Parable of the Sower“ changed my life. It’s a sobering look at a future in which social justice movements have clearly lost the battle. It’s a brutal, feverish premonition, one that definitely lit a fire in me to do my part in bending the arc of history in this country towards justice and pluralism.

Tracy Van Slyke: Pop culture stories were my refuge from the angst of adolescence. When I was a teenager, my parents used to get phone calls from neighbors warning them that I was crossing the street with my nose in a book and just missed getting hit by a car for the umpteempth time. Books like “The Blue Sword” by Robin McKinley and television shows such as the “Buffy the Vampire Slayer” showed me the complexity and power of being a kick-ass female.

Growing up, I copiously consumed and then tried to model myself on any book or show portraying feminist characters that were always fighting‚Ää–‚Ääwhether with their words or their swords‚Ää–‚Ääagainst oppressive power. As an adult, now that I have the choice over what my kids consume in pop culture, I’m so intentional about them embracing books and television‚Ää–‚Äälike the kids’ show “Odd Squad” and even more grown-up shows like “Superstore,” “The Good Place“ and “Black-ish“‚Ää–‚Ääwhere diversity and authentic characters are baked into the narrative, not filling in token slots or reinforcing negative stereotypes. And for the record, my six-year-old and I are counting down the days until the movie premieres of “Black Panther” and “A Wrinkle in Time.”

TL: What do you want listeners to take away from the podcast?

TVS: We hope “Wonderland” listeners start to realize that the stories we tell really do matter. Everything from the characters we bond with, to the setting, place and time, the depictions of groups of people, who is telling the story, and who is the audience. We also want listeners to know that to change culture, it’s not just about telling more stories, it’s about telling better and more authentic stories. We have to be deliberate and strategic about it. We have to reshape how we go about developing narratives, creating stories and experiences for mass audiences, and changing the power dynamic of who decides what stories are told.

TL: Which “Wonderland” episode really stuck with you, and what takeaways did you have from that conversation?

TVS: In the first episode, Bridgit and I engage in conversation with Alyssa Rosenberg of The Washington Post.

We start the episode with a 101 on culture change and the simple premise about how critical it is for us to intentionally change pop culture storytelling, but when Alyssa joins us, the conversation quickly becomes layered and more complex as we discuss barriers to change within the entertainment industry as well as how culture can, and cannot, impact politics and society. We then explore the question of whether changing the entertainment industry‚Ää–‚Ääand storytelling that emerges from it‚Ää–‚Ääis even possible. That question sets us off on our whole path for the rest of the season.

The other episode that I remember all of us just leaning into and really enjoying the way our guests sparked off each other was “Anatomy of a Story,” featuring advocate and writer Rachel Lloyd and Diana Son, a television showrunner and writer. 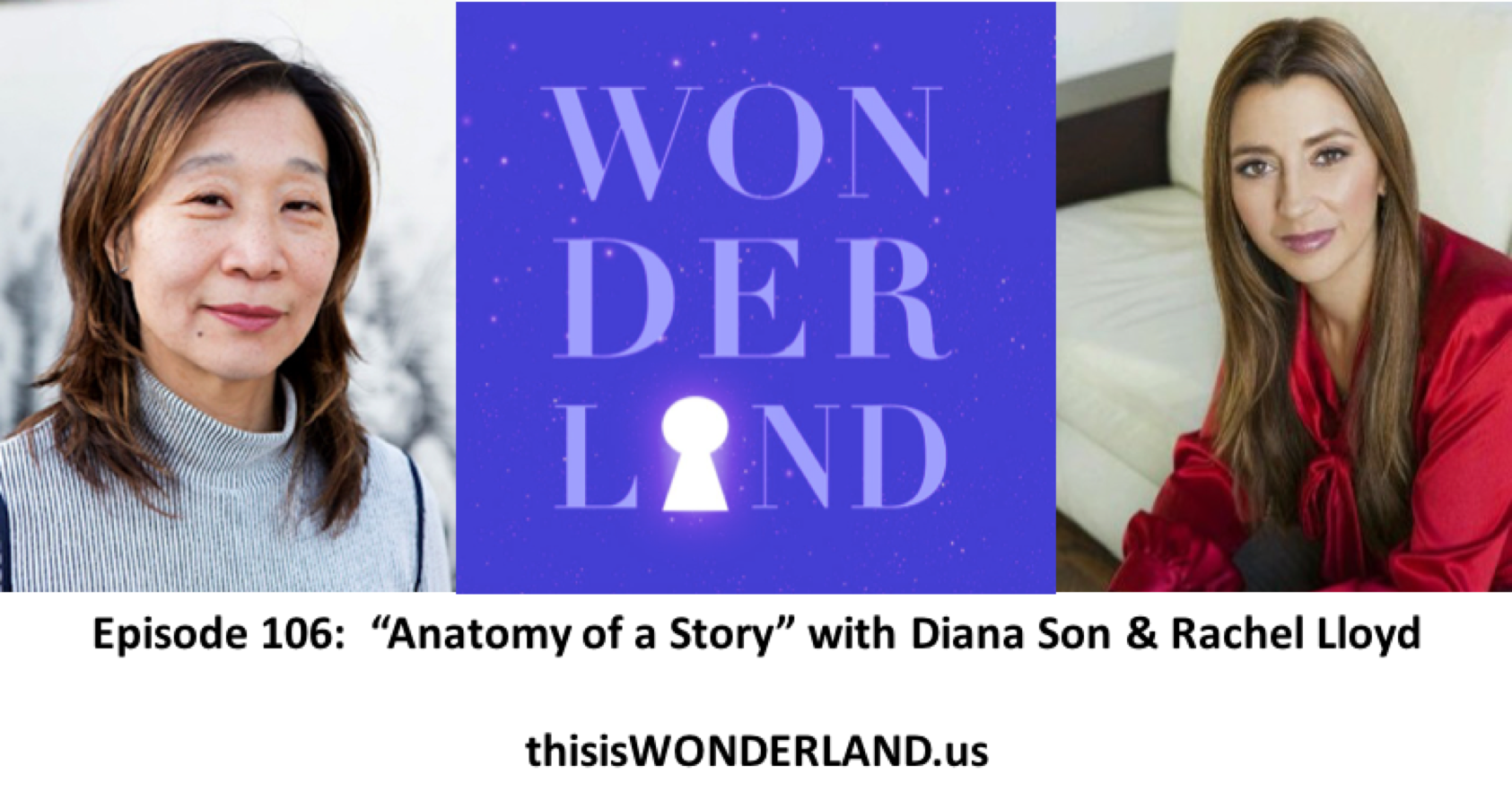 Starting with how pop culture shaped their personal lives and their creative forces, these two really dive into how a television writers room works, how the business side of the industry impacts the creative side, and start to imagine what a television show could look like if social justice experts worked more more deeply and cohesively with television writers rooms. And after the episode recording, Rachel went and wrote her first television pilot treatment. 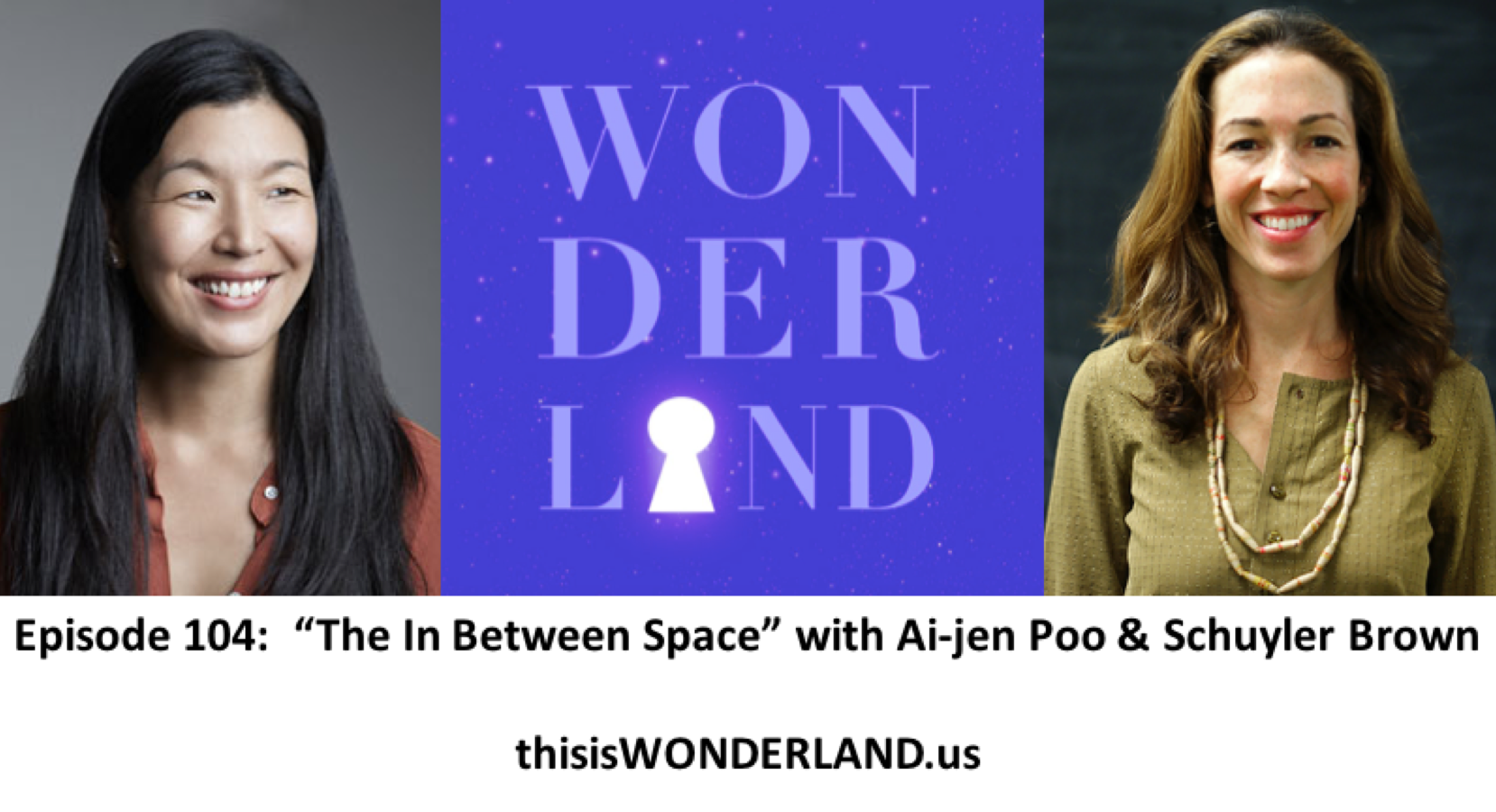 The conversation itself unfolded like a practical demonstration of this idea, with these two visionary women grappling with the intimate realities and complexities of our relationship to self-care, caregiving, and domestic work. It was such a delicate and thoughtful conversation, and I love that our team had the intuition to let the arc of this meeting of minds reveal itself so authentically.

TL: What activist, artist, academic or content creator should we be following? Why?

BAE and TVS: We chose these guests for [“Wonderland”] because we think everyone should know about all of them. Two MacArthur genius award winners, multiple high-level journalists, brilliant social change leaders, neuroscience and narrative strategy experts, as well as artistic forces of nature. Follow all of them because they are incredible at what they do.

We would love for people to follow America Ferrera and her team at Harness, who are bridging the divide between Hollywood and social justice; Issa Raeand Deniese Davis at Issa Rae Presents and ColorCreative TV, who are blazing a new trail for content creators of color in the industry; and Maha Chehlaouiof Pass the Mic Media, who is emerging as a vital voice in the inclusion conversation in the arts and entertainment space.