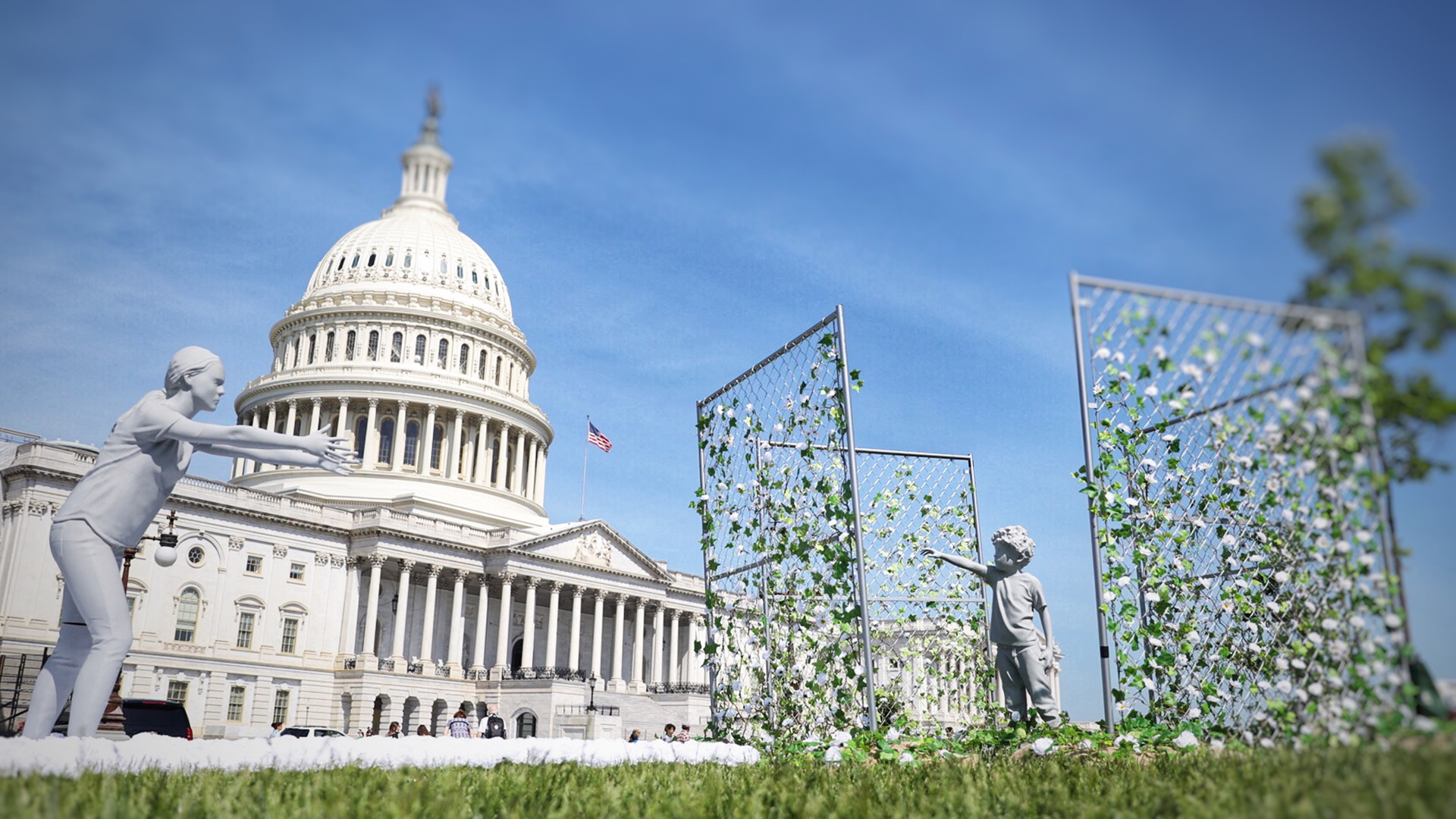 In anticipation of the first anniversary of Trump administration’s zero-tolerance family separation policy announcement, the Collaborative supported artist Paola Mendoza to create and place an art installation outside of Capitol Hill, in order to renew a sense of urgency on the plight of migrant families at the border. The installation includes two statues, a mother and child. The mother is reaching out for her child, and the child is also reaching out for its mother, but locked behind a cage. Mendoza activated this rapid response mass audience installation in partnership with Families Belong Together.  News of the installation received 40.4 million twitter impressions and activated influencers and politicians like Lin Manuel Miranda, Alyssa Milano, Padma Lakshmi, Alicia Karza, Hilary Clinton, Bernie Sanders and Elizabeth Warren. The installation was covered by multiple press outlets including Now This, Newsweek, USA Today, Roll Call, Telemundo, and Daily Kos among others.