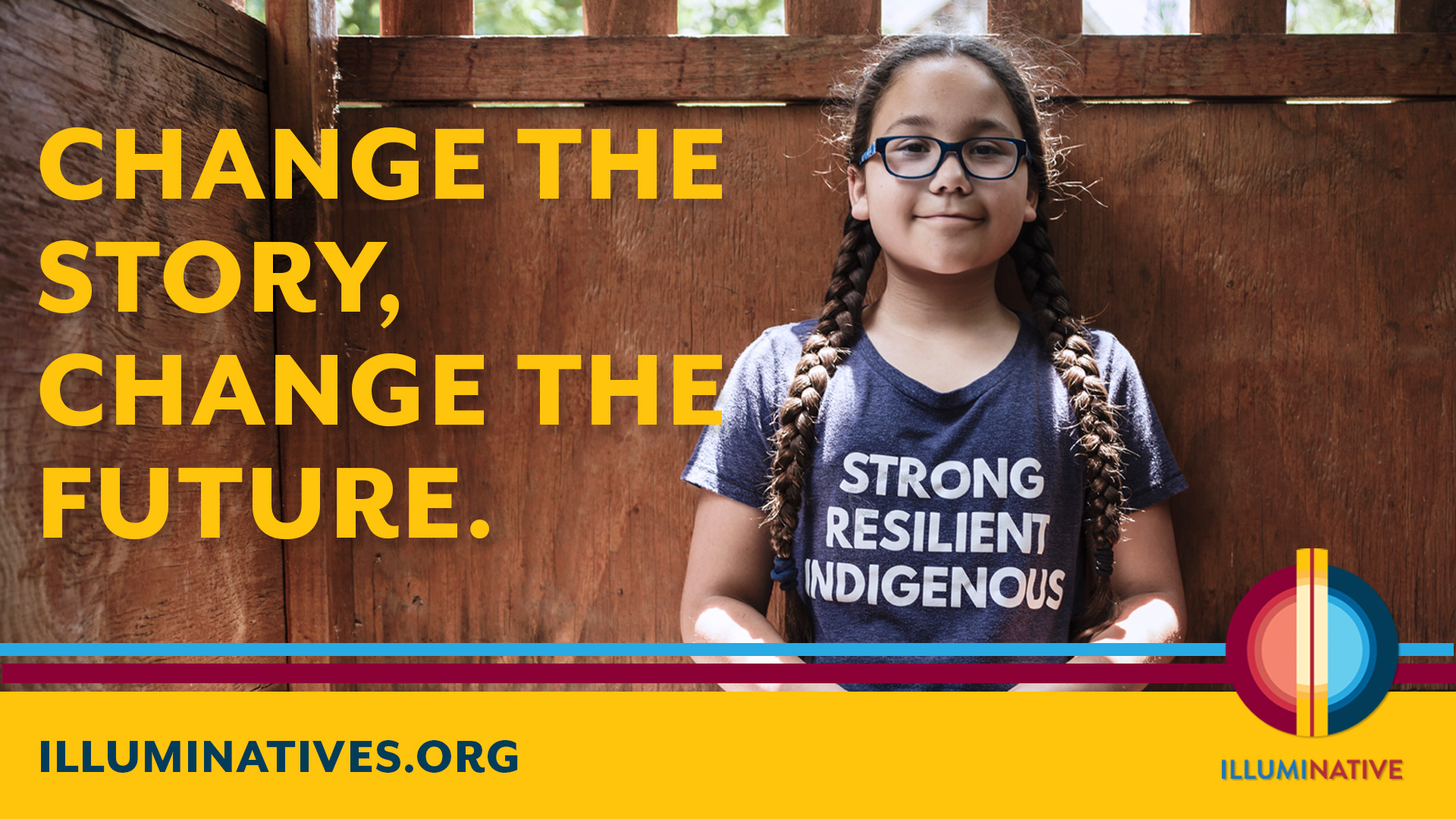 Over the next few years, IllumiNative will implement a high-impact national campaign with Native peoples and allies that will advance coordinated strategies in pop culture and media to disrupt the invisibility of Native peoples, smash toxic stereotypes and false narratives, and amplify contemporary Native voices, stories, issues and representation.

Invisibility is the modern form of racism against Native peoples. Our erasure is perpetuated and institutionalized in pop culture, media and other sectors. IllumiNative is focused on amplifying contemporary Native stories, voices and representation as a way to disrupt and interrupt this invisibility, fight racism and transform the way that American society and institutions think about Native peoples.—Crystal Echo Hawk, IllumiNative