Fourth Down: Owning the Narrative Around the National Anthem Protests 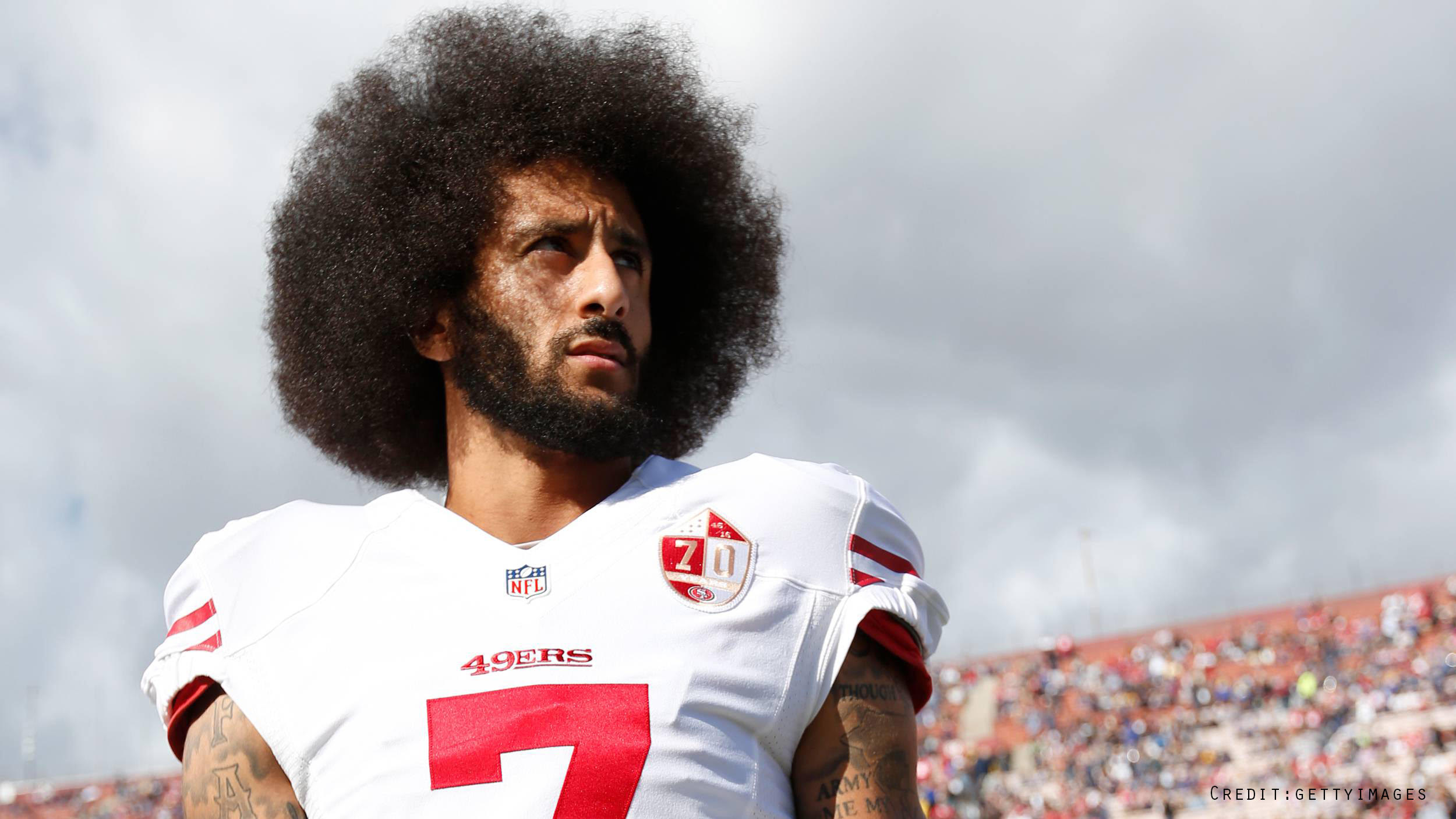 On September 1, 2016 I watched my friend, Colin Kapernick, then the San Francisco 49ers’ quarterback, kneel as the “Star Spangled Banner” played prior to the team’s last preseason matchup. With that move, he began a campaign–which became known as #TakeAKnee–to raise awareness of persistent oppression, the abuse of Black people and people of color, and our national complicity. The impact of this peaceful act of protest would both reach further than anyone could have anticipated, and simultaneously be hijacked the most powerful man on the planet.

I have had the honor of processing and participating in this movement as Colin’s friend and someone who has worked side by side with him as a lead researcher and speaker for his Know Your Rights youth camps. I have witnessed Colin’s transition from an elite NFL quarterback, to a reluctant cultural icon, never seeking attention for himself, just simply committed to being active in the fight against racial injustice.

When Colin began his protest, I knew he had an incredible platform. The NFL is a multi-billion dollar industry and a cultural juggernaut that reaches into nearly every age, racial, and economic demographic in our country. As one of 32 starting quarterbacks, a part of Colin’s job was to address the media every week.

In an interview early on, he provided context for his protest, saying it was bigger than football: “It would be selfish on my part to look the other way. There are bodies in the street and people getting paid leave and getting away with murder.”

Colin not only provided a voice to the voiceless victims of fatal police attacks, he was also engaging in an act that was threatening to the power structure of the NFL’s owners and viewership. He was creating a fertile space for writers to engage in the historic and persuasive strategy of counter-storytelling and to directly challenge how Black activism is portrayed.

He was creating a fertile space for writers to engage in the historic and persuasive strategy of counter-storytelling and to directly challenge how Black activism is portrayed.

Counter storytelling is a key tenet of Critical Race Theory (CRT), an academic framework that challenges not only white supremacy, but tackles the brutal truth that there is permanence of racism intricately woven into the very fabric of America. When done well, counter-storytelling can expose, critique, and dispel notions that perpetuate racial stereotypes.

Black athletic counter-storytelling moments have constantly challenged white supremacy. Jesse Owens’ dominance on the track and field at the 1936 Summer Olympics destroyed Hitler’s notion of Aryan physical superiority. Or Muhammad Ali refusing to be drafted into the Vietnam War, proclaiming, “no Vietcong ever called me nigger.” The whole world watched as Tommie Smith and John Carlos stood atop the medal podium at the 1968 Summer Games in Mexico City, lowered their heads, and raised their gloved fists as “The Star Spangled Banner” blared. They stood firm and unapologetic, expressing disillusionment with a nation that so often fell, and still falls, short of its promise for liberty and justice for all.

But those clinging to the vestiges of white supremacy will do everything they can to distort and reclaim the narrative. Elected leaders and media pundits are using these protests to destructively define who is a patriot and who is “anti-American.” The President of the United States called the players who kneeled “sons of bitches” and ordered the team owners to get their players in line. Robert McNair, owner of the NFL Houstan Texans, was called out for saying at a recent NFL team owners’ meeting that they “can’t have the inmates running the prison” (although he later denied he was speaking about the players).

McNair’s statement only highlights the hypocrisy of the NFL owners, the vast majority of whom are white men, have shown since they briefly and superficially locked arms and some kneeled with their players in response to Trump’s Twitter heckles. They embody what legal scholar Derrick Bell’s calls interest convergence theory, a tenet of CRT, which holds that whites will support minority rights only when it’s in their own interest as well. Meanwhile, Kapernick is suing those same owners for colluding to keep him from getting hired by a NFL team.

Long-time cultural strategist and Kaepernick ally Michael Skolnik firmly believes the protest narrative will be co-opted if we let it. “We have to be careful that we don’t write [the NFL owners’] playbook, where they’re putting pictures of black friends on their Instagram page. When Trump or Jerry Jones or any owner says, ‚ÄòWhat you’re doing now is good, you’re being a good athlete, you’re being a good NFL player because now we’re all getting along,’ we have to challenge that message.”

My hope is to see this moment not become a pop cultural footnote, limited to the arena of American sports. Instead, we have an opportunity, with hard work, to capitalize on this moment where the nation is watching and dollars are on the line.

My hope is to see this moment not become a pop cultural footnote, limited to the arena of American sports. Instead, we have an opportunity, with hard work, to capitalize on this moment where the nation is watching and dollars are on the line.

“Athletes, musicians, actors, and artists–they are reflections of our movement,” Skolnick adds. “If we stay strong as a movement, then we give the strength and courage and bravery to these artists and athletes when they stand up.”

As players like Colin, Michael Bennett, Erik Reid, Doug Baldwin, Anquan Bolden, and more look to use their platform to make an impact, we need to support them. We also need to make sure the central story being told remains on the real lives and real people being affected by modern oppression, unwarranted police violence, and persistent inequity in our country.

Our narrative motivation should be inspired by the words of Audre Lorde, who said, “If I didn’t define myself for myself, I would be crunched into other people’s fantasies for me and eaten alive.”

Because if we don’t construct our own narratives, our narratives will be crafted for us.

Ameer Hasan Loggins (@LeftSentThis) is a graduate of UC Berkeley.His current doctoral research explores reality television as a social phenomena, and how its effects on the perception of Blackness. He’s also conducted research for Harvard University’s Du Bois Institute for African and African American research and is a lead researcher and trainer for Colin Kaepernick’s Know Your Rights trainings. His work has appeared in the Guardian, ESPN’s Undefeated, and on the Athletic.

READ THIS NEXT: What We’re Reading