Announcing Evolutionaries, Our New Partnership With The CAA Foundation 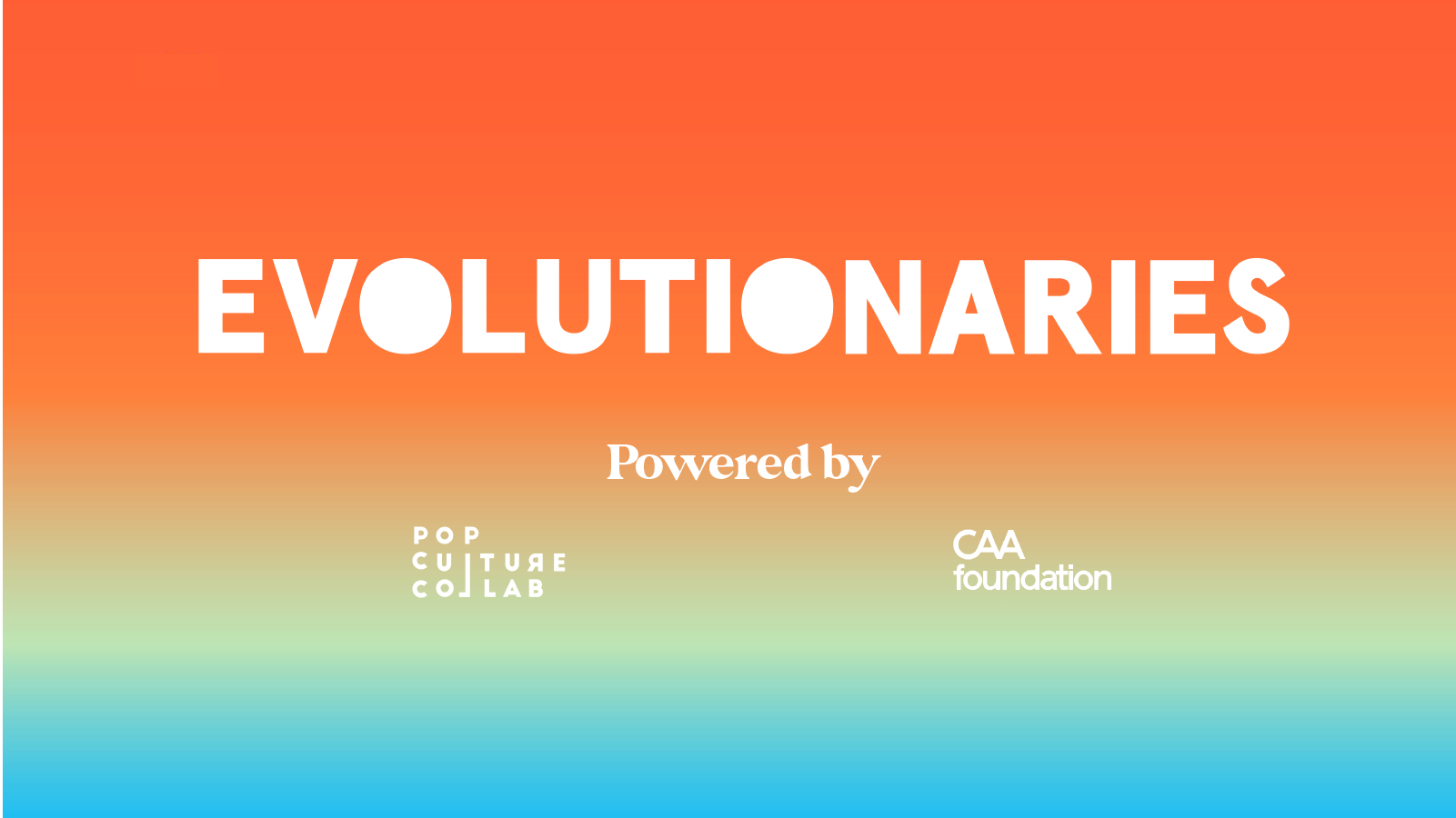 We are thrilled to announce that the Pop Culture Collaborative has joined forces with the CAA Foundation, the philanthropic arm of the talent and sports group Creative Artists Agency, to launch Evolutionaries, a first-of-its-kind program to advance the vision and voice of pluralist visionaries.

Through this partnership, the Collaborative and the CAA Foundation are supporting civic activists, artists, and movement leaders whose work seeks to change unjust social systems and cultural norms and put forth an actionable vision to transform them. Evolutionaries are leaders who have spent their careers dedicated to creating systemic change towards a more just and pluralist society through the power of storytelling and narrative change.

Both the Pop Culture Collaborative and the CAA Foundation will provide resources for Evolutionaries to advance a pop culture narrative shift project, such as books, podcasts, TV shows, performance art intended for mass audiences, and more. In addition, the Collaborative will offer Evolutionaries access to its Abundance League, a squad of experts, advisors, and coaches spanning a range of capabilities from PR and digital branding to content production, and each Evolutionary will also be able to activate the power and reach of the entertainment, media, and literary industries through the CAA Foundation.

“We are so thrilled to be working with our friends at Pop Culture Collaborative,” says Natalie Tran, Executive Director of CAA Foundation. “This partnership is an exciting step to amplify these movement leaders as storytellers and beacons for social change.” 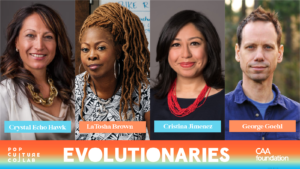 An Expansion of the Pluralist Visionaries Program

The Evolutionaries partnership is an expansion of the Collaborative’s Pluralist Visionaries Program, dedicated to supporting a new generation of pluralist leaders, as they step into their roles as cultural guides for America’s future.

Advancing powerful narratives on care and domestic workers, racial justice, trans liberation, white nationalism, immigration, and societal healing through pop culture projects and thought leadership, the Pluralist Visionaries Program supported national movement leaders and artists in 2020 and 2021 to help expand our collective imagination of what is possible for our country. These Pluralist Visionaries, and their projects, include:

The Pluralist Visionaries Program is housed under the Pop Culture Collaborative’s Becoming America Fund, which is dedicated to supporting grantee partners to work together to ignite public imagination about the pluralist nation we are capable of becoming.

We are truly excited to evolve the Pluralist Visionary Program with this partnership to the entertainment industry in order to further our mission of elevating this growing community of cultural stewards. Stay tuned for more!