“East of La Brea” Is Changing How Writers Rooms are Formed 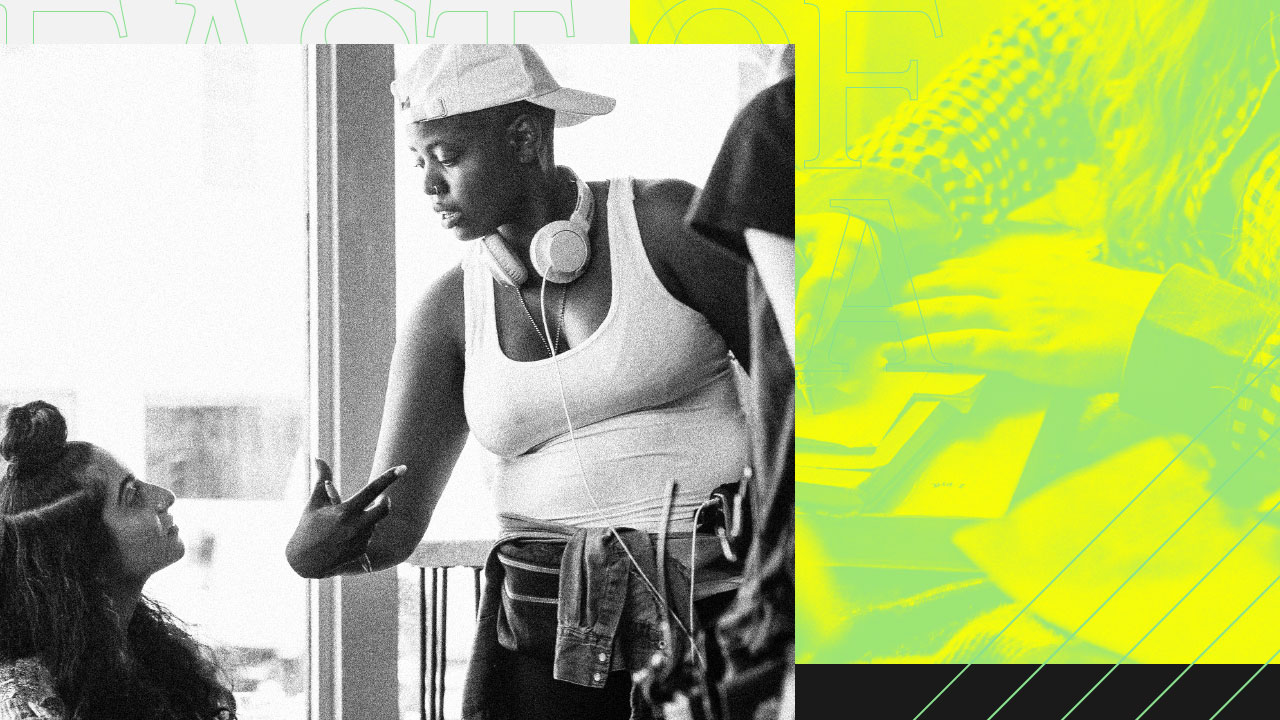 In an opening scene of the new digital show East of La Brea, lead character Aisha, a black American Muslim woman, stands with her hands together, head bowed slightly in prayer, draped in a mauve-colored hijab and blue jeans. She’s at a mosque with an assortment of mostly older Muslim women sitting on the carpet beside her, when her phone rings to the tune of Lil Pump’s “Gucci Gang.”

This scene is an entryway into the significance of East of La Brea, a six-episode digital comedy that premiered at SXSW Festival in early March, about two Muslim-American twenty-something friends in East Los Angeles. There’s Aisha, who rocks cornrows, and who as a Black woman represents a sizeable, but often overlooked, proportion of Muslims in the United States. Then there’s Farha, a Bangladeshi-American, a weed-smoking Lyft driver who’s plotting her come-up with sponsored Instagram posts.

While Aisha and Farha represent authentic and diverse portrayals of Americans Muslims not often seen in pop culture, how these characters and the world of East of La Brea came to be a new model for television is an important behind-the-scenes story. 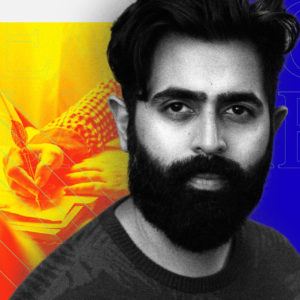 East of La Brea is a product of Break the Room, a new writers room model focused on bringing writers, often relative newcomers to the industry from underrepresented communities, together to create episodic television. Break The Room is being pioneered by Sameer Gardezi, a decade-long writer in Hollywood who has worked on shows ranging from Modern Family to Mr. Sunshine, and writer, director, producer Paul Feig’s new production company PowderKeg, which is focused on telling stories from women, people of color, and people from the margins.

Break The Room’s origin started in a crisis and with an unexpected partnership. In 2017, immediately after the current presidential administration’s announcement of the Muslim Travel Ban, Margari Aziza Hill, cofounder and executive director of the Muslim Anti-Racist Collaborative, was searching for ways to respond. As an organizer, Hill knows storytelling is one of the most effective organizing strategies and wanted a vehicle to show the diverse reality of Muslim lives in contrast to the administration’s false and dangerous talking points. She connected with Gardezi, a Muslim-American television writer whose parents immigrated from Pakistan to Southern California, and who was also looking for a way to respond. 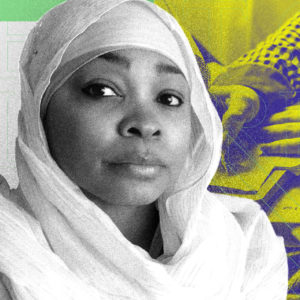 Together they started to conceptualize a story, born from Gardezi’s long-time desire to present the complex lives of young Muslim American women in East Los Angeles and Hill’s experiences as a Black American Muslim in East LA. “If we wanted to tell an LA story, we wanted it to be intersectional, not didactic,” Hill says.

They approached the Pop Culture Collaborative for a grant, and with that support, the writer and the organizer launched the first Break The Room. From the start, it was intended to look and feel different than typical writers rooms. From his decade-long experience in Hollywood, Gardezi knew what it meant to be someone whose very presence could shift the perspective of predominantly white writers rooms.

But Gardezi felt shifting perspective wasn’t enough. It was time to reimagine who made up the writers room. With that idea in mind, Gardezi bypassed traditional talent agencies and put a call for writers out on Twitter. The post spread like wildfire.

“We were doing two huge things in entertainment,” Gardezi says. “Focusing on emerging writers and allowing folks in the actual communities to share their stories.”

They received a flood of interest, and after combing through hundreds of applications and writing samples, chose four Muslim-American creators who were experienced in other mediums but relatively new to writing for TV: Halima Lucas, Thandisizwe Chimurenga, Nia Malika Dixon, and Tanha Dil.

“We wanted writers with no traditional writing experience [in the industry],” Gardezi says. “This is about pipeline building.”

The writers came together in March 2018, and over just a few days produced multiple scripts for 10-minute episodes.

“Compared to a traditional writers room, it’s earth-shattering,” Gardezi says. “We created an intentional space where people could be creative. Usually there’s only one person of color or one woman, and the effects of that are that you feel like an insurance policy, you feel like a spokesperson for your community, you don’t get to embrace your creativity. When you break those barriers and allow folks to be fully empowered, they’re able to be super efficient as well.”

Lucas, a USC Film and Television grad originally from Stockton, CA, was relieved to find an opportunity that allowed for rethinking traditional ways of telling stories. “In film school, they just talk about convention and story like it’s in a vacuum,” she says. “Break The Room doesn’t do  that. [Instead] it creates stories with communities in mind.”

The group thought that characters with intersectional Muslim identities were especially important to East of La Brea. “When you look at people at the intersections, they can tell you things on multiple levels about different communities,” says Hill.

In June of 2018, East of La Brea was greenlit by Paul Feig’s PowderKeg. “All six episodes came to us fully written,” says Laura Fisher, CEO of PowerKeg. “I was really shocked but impressed by the quality of the script and writing.”

The series moved into production thanks to a partnership between PowderKeg, Lyft Entertainment, and the Pillars Fund, a Muslim-American philanthropic project focused on production.

East of La Brea inspired another idea: take Break the Room on the road. “This could be scaled, this could be a platform to create content and focus on these voices that get ignored or silenced in the process,” Gardezi contends.

“We decided to create five more rooms in the next 12 months to show what can be done,” Fisher says. “I saw the potential to tell comedy stories internationally, and there’s the pipeline and infrastructure to develop writers that way.”

One of the shows that came out of an Albuquerque, NM–based Break the Room is a comedy called The Great Manygoats, about a Navajo family that’s forced to turn their trading post business into a vegan sex shop. Every writer involved is indigenous, according to Deadline.

Another Break The Room project is an untitled project from D’Lo, a queer transgender Sri Lankan writer and performer, which will have an an all-queer writer’s room. D’Lo wrote on Instagram, “I know that this industry has a lot to navigate, and I know nothing is ever guaranteed, but everything feel good so far, and I’m learning and growing a TON, and I’m taking these opportunities and trying to make even more space for more [queer and transgender people of color] artists and stories.”

“Any project that networks would never do are the ones that excite me the most,” says Gardezi. “With Break the Room, you’re able to take those risks.”

Jamilah King is a former Pop Culture Collaborative senior fellow. She’s currently the race and justice reporter at Mother Jones and host of the Mother Jones Podcast, and her work has also appeared in Out, the Washington Post, and the California Sunday Magazine, among other publications.