In Conversation: Showrunner Misha Green on the Superheroes of ‘Underground’ and the Power of Untold Stories 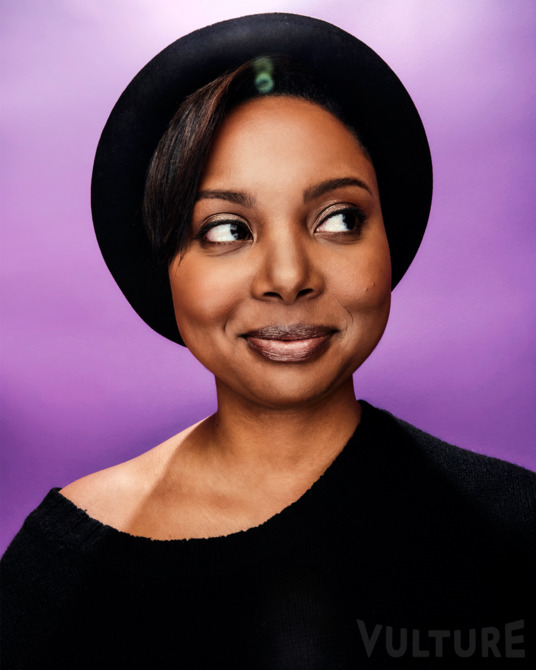 Spoiler Alert: This article contains snippets about storylines from the show Underground, which ran from 2016-2017 on the WGN America network. 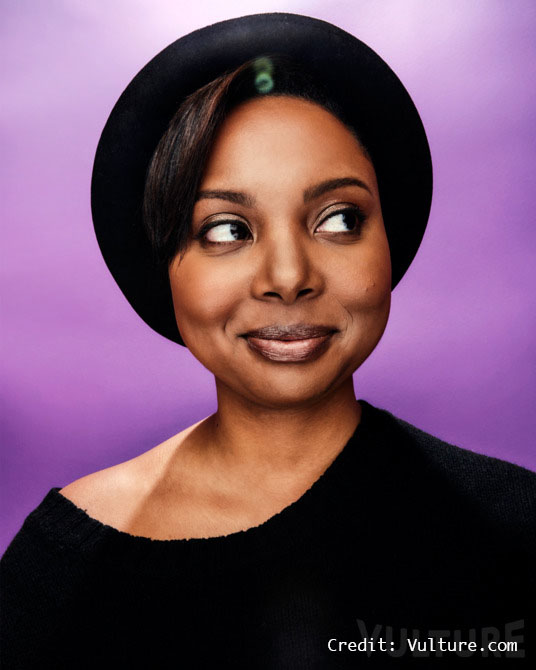 There’s a moment in Misha Green‘s trailblazing television series Underground that sums up the showrunner’s approach to storytelling. In the first season, Rosalee, an enslaved black woman, is being threatened by her white overseer, Bill. The scenes jump between Rosalee struggling for her life, and of her love interest Noah walking by, unaware of what was happening so close to him. The story sets up the audience to ask, “Noah will save Rosalee, right?”

Instead, Rosalee saves herself and becomes the heroine in her own story.

Green considers that scene one of many examples of how her perspective as a black woman informed Underground’s writing and development. “That’s how we approach these stories because that’s how these stories are told,” Green said in an interview with the Pop Culture Collaborative. “[People watching thought] ‚ÄòThe love interest is going to save her.’ It never occurs to anybody to say ‚ÄòRosalie, save yourself.'”

Co-created by Green and Joe Pakaski, Underground is set in 1850s America in the lead up to the Civil War and tells the story of enslaved African Americans who dream, plan, and fight for their freedom. Critically acclaimed and a ratings hit for WGN America, the show ran for two seasons before being cancelled in 2017, when the network was purchased by conservative-leaning Sinclair Broadcasting.

What sets Underground apart from most slavery-era dramas is not the focus on their suffering, but on the characters’ full humanity and agency. For Green, storytelling is all about that agency: who has it and how they use it. On screen, she upends power dynamics for characters who are often stereotypically written to be helpless or seen as victims. She is also questioning the power dynamics of how and why television shows make it to air.

A 2016 study by Variety found that 90 percent of TV showrunners are white, and 80 percent are male. Another study, this one out of the University of Southern California (USC) in 2015, found that women working in front of the camera are more likely to earn speaking roles if the showrunner or creators they are working for are women. Similarly, 19 percent of broadcast network programs had no speaking roles for African Americans, and 59 percent had no speaking roles for Asian Americans.

Despite Underground‘s run being cut short, Green is undaunted. In May, she announced that she was teaming up with Get Out director Jordan Peele to adapt the horror novel Lovecraft Country for HBO. Based on a 1950s novel about Jim Crow‚Äìera slavery, Lovecraft is a socially conscious horror series that fits nicely into our present soul-crushing political moment. On Twitter, Green joked: “No words for how excited I am to tell genre stories where black folks don’t die first!”

What TV moments over the past 20 years helped to plant seeds for Underground?

There’s so much that influenced Underground, but it’s all through storytelling. There’s nothing that I’m like, “Oh man that was the moment where I understood what I wanted to do with Underground.” I think the joy of what has been discovered through Underground and Lovecraft comes from researching history–in reading all these stories that were real and true and asking, “How has no one told these stories before?!”

Where did you get those stories?

Just from history books. The idea that we know so little about both of these time periods [slavery and Jim Crow] that were so influential to today, I think is more of an influence on these two shows, than TV. But I watch so much TV, so all of TV is in a way influencing everything that’s happening. And it’s a little bit of what I’m not seeing on TV. What do I want to see that I’m not seeing?

What have you not been seeing in terms of development of black characters?

We think that we’re in this huge moment of diversity on TV, but really it’s just starting to come up a little bit from nothing. I think that it’s hard to say what’s actually missing in black characters in TV because we haven’t had black characters on TV.

Are there any specific scenes that you remember from Underground that you think were written or shot differently because of being a Black woman?

Anthony Hemingway [Underground Director], our Director of Photography Kevin McKnight, and I, we talked about so much from the start about how this is about American heroes we’ve never seen before. On screen, this is about those who were enslaved, fighting for resolution. We all were clear what this show was from the start and about doing it that way. For me, it’s a little bit easier, because I am Black and female, to have a different gaze than what we normally see on TV. It comes across differently because typically it’s white males who are making TV.

What are some of the tangible outputs from your leadership as a Black woman?

I think the whole series is a tangible output of it. I could name so many moments that I think are different than most people would have done it, just by the response from the network. When Rosalie encounters Bill and it’s clear that he’s about to attempt to rape her and we go inside, we never go inside the house he drags her into. I think that typically we would go inside this house and see every moment of it, but I’m pretty sure we all understand what rape is, so we don’t need to go inside that house. I think it’s even scarier to be outside because you don’t know what exactly is going on and you’re imagining it.

The Twitter response to that scene in real time, you could see the audience responding as the show is intercutting the scenes between Noah walking back towards the slaves quarters and her inside fighting for her life, and the whole time everybody was tweeting, “Oh my god, Noah get there, save her. Get there, save her, Noah.”

And nobody was considering that she was gonna save herself.

You often refer to the characters in Underground as superheroes. Can you explain?

They’re American heroes, they’re superheroes. What they did was amazing. Being in prison and then deciding to step out into the unknown is such a hard thing to do. One of the things we talked a lot about at the very beginning is how hard it is just to step off the plantation. And how nobody talks about that. I think using the terminology of superheroes is the vernacular that most people understand. We definitely don’t typically think of enslaved people that way. For us, it was just such a clear parallel. It’s about framing them in a way that you understand how important and how amazing these stories are.

What are some of the biggest barriers in the industry to seeing more of these types of stories or portrayals on TV?

It amazes me that there are maybe 50 people in this industry who greenlight all of the movies and TV that we watch. And we know nothing about them. That has always been a weird thing to me, is to not know anything about them when they have so much power.

It’s not very hard to find out about those people. But no one’s asking about them. It’s always a question of what are creators doing. And I’m like, creators still have to answer to a boss. Someone has to greenlight that creation to get it on screen to give it the money. I think that there’s a bigger trickle down effect than just the creators and again, it amazes me that nobody knows the name of the head of HBO who greenlights shows. Nobody knows the head of Starz and who greenlights shows there. These people exist and they have the power to decide what is on TV, yet we don’t know anything about them.

Jamilah King (@jamilahking) is a Senior Fellow with the Pop Culture Collaborative. She’s also a reporter at Mother Jones.

READ THIS NEXT: As White Supremacy Falls Down, White Nationalism Stands Up