Black Panther Ignites the Next Generation of Fandom Movements 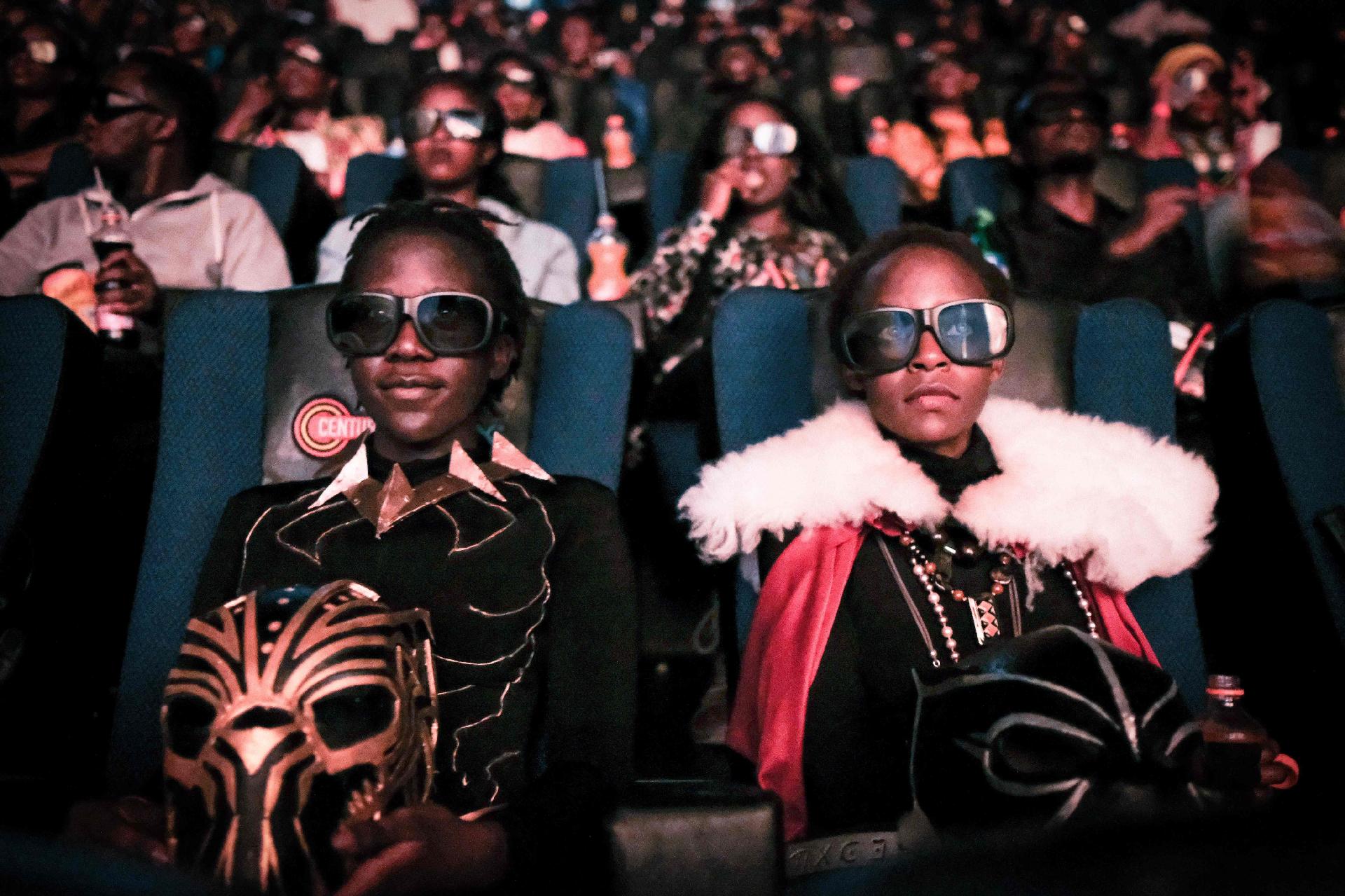 My cousin recently said this to me after I asked how her freshman year at an Ivy League university was going. Let’s be clear, by no means is my cousin a comic book or superhero film fan. She always teased me for being an “Afrogeek” and wondered why I loved superheroes, horror, science fiction, and related genres.

But she was one of the scores of black audience members so excited about Black Panther, the latest superhero film released in the Marvel Cinematic Universe (MCU), that she and “a couple dozen” of her friends bought early tickets to the February 16 premiere. Every one of them wore an African-inspired outfit.

When I teased her for “coming over to the geek side,” she laughed at me like she knew something I didn’t. “This is not about comic books or superheroes, cousin,” she rebutted. “This is about culture.”

She made me wonder: Why has Black Panther transcended both its comic book and superhero film roots and typical fandoms?

Most comic books and superhero films are adolescent white guy power fantasies exploring atonement, revenge, Western ideas of heroism, or righting wrongs, actual or perceived. Black Panther is the first superhero movie with a black lead, Chadwick Boseman, black director, Ryan Coogler, a majority black cast, black writers, and black costumers (led by the stellar Ruth Carter). It is full of strong black women. It is also backed by a huge amount of studio money, tells a story unique to the African Diaspora, and the film is generating incredible toys and apparel that will be embraced by kids (and adults) all over the world. Set in what is ostensibly a black world, the fictional African kingdom of Wakanda is the most technologically advanced society on the planet and counters the falsehood that Africa is nothing but dust and despair. Black Panther is for us, by us.

But in order to understand the current Black Panther mania, we need to talk about a little movie called Blade.

Released in the late summer of 1998, Blade hit theaters with little to no fanfare. It was a story about a vampire who hunts other vampires, has all of their powers and none of their weaknesses, and starred Wesley Snipes, a black man, at the apex of his fame. The film was both a cinematic and genre success: it earned a whopping $132.1 million against a $45 million budget. Blade II was bigger, bolder, louder, and more intense than its predecessor and was also a box office success, earning $155 million worldwide against a $54 million budget. Blade and Wesley Snipes solidified their place in the pop/superhero/action film canon. It also proved the viability of Marvel properties and its success is directly responsible for Marvel’s film ascendancy. Without Blade’s success, X-Men (2000) would have taken longer to get made, if at all, and the MCU as we know it may not have existed in the way we’re experiencing it now. 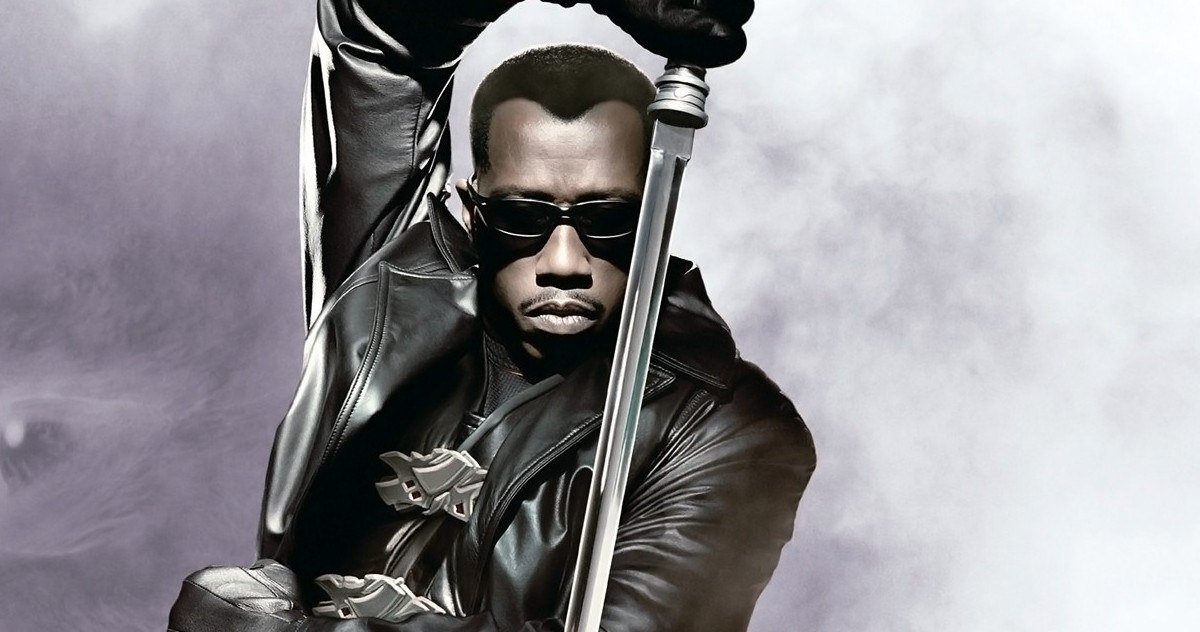 Most important, Blade activated a fan base who were quite vocal about their love for the film and boosted its visibility via fan networks and word of mouth, much like the Star Wars and Star Trek fan networks had done for decades.

Today, with the advent of social media, fan influence has reached unimagined heights. And Black Panther is a textbook case illustrating the (digital) power of the people. Social media has, in effect, turned fans into pop culture influencers.

Fandom is no longer a one-way street. Fans are blurring the line between spectator and participant. Fan-driven social media campaigns have pointed out racial inequities that have directly influenced box office returns. In 2017, Scarlett Johansson starred in Ghost in the Shell, a science fiction film based on Japanese manga and anime. Fans of the source material were very vocal in their negative reactions to the main character being whitewashed from Japanese and collectively agreed not to see the film. Val Greene of Black Girl Nerds and Anime Complexium used the film’s own meme generator against the film, creating a powerful counter-narrative that went viral, sparking dozens of think pieces in mainstream media. As for the film: it flopped. It didn’t even make back its production costs.

Conversely, fan engagement online can elevate a pop culture artifact out of the fan space and into mainstream ubiquity. adrienne maree brown, co-editor of the book Octavia’s Brood: Science Fiction Stories from Social Justice Movements, sees Black Panther as that watershed community-building moment. “It is an immeasurable gift to feel this much anticipation together in this time of dread, to feel called beyond survival into dance and celebration, into a future where blackness means gender liberation, power and fabulosity,” Brown told me in an interview.

The fan influence that ignited the rabid interest and anticipation for Panther shouldn’t be minimized. But once that initial spark was lit, folks who felt aligned with, and had an affinity for, the film turned it into a full-on conflagration. Search #BlackPanther, #WakandaForever, #WeAreWakanda, or #BlackPantherSoLit on any social media platform, and you will find evidence of Panther-hype extending far beyond the typical fan communities. You’ll find people discussing what they are going to wear when they see the film, you’ll see reaction videos of children celebrating after being told that their tickets and transportation to and from the film has been taken care of, photos of folks having Wakanda-themed parties, processionals made up of African drummers and dancers entering and exiting the film; you’ll see numerous posts of people sharing the sentiment: “This isn’t a movie, it’s a movement.”

More specifically, this is a movement of the marginalized moving to the center and becoming the new cultural default. New York Times bestselling author Steven Barnes says this about Black Panther‘s significance: “Black Panther is our Star Wars. Made FOR us, but other groups can enjoy it as well‚Äîbut they have to bend to us, rather than us bending to them. It is unique in that it features a hero who has EXACTLY the things taken from enslaved Africans: name, culture, language, spirituality, land, history, family, a warrior’s power. Racists are so much more comfortable with black heroes with white names, working for the government or sidekicks to white heroes, who got their powers from white people and are beholden to the system.”

In the past few years there have been a few, as my friend Stirling Braithwaite says, “black pop culture detonations.” Beyonc√©’s Lemonade, Marvel/Netflix’s Luke Cage, Issa Rae’s Insecure, Ava Duvernay’s Queen Sugar, Kendrick Lamar’s To Pimp a Butterfly and Damn, Donald Glover’s Atlanta, just to name a few. What all of these have in common is that they represent Blackness in ways that we’ve rarely seen or heard before. These cultural artifacts offer an entire spectrum of Black life and creative expression that show Blackness as being the furthest thing from monolithic. They are all urgent statements that act as referendums on the current state of our collective pop diet. The Black Panther film is the ultimate referendum.

These cultural artifacts offer an entire spectrum of Black life and creative expression that show Blackness as being the furthest thing from monolithic. They are all urgent statements that act as referendums on the current state of our collective pop diet. The Black Panther film is the ultimate referendum.

The film’s opening weekend shattered box office records by earning more than $425 million globally. Hollywood must now reevaluate its formula for what works at the box office.

This raises the question: What other stories must Hollywood finally begin to tell, now that the myth that POC (specifically black) films don’t do well overseas is completely and forever busted? What queer, Arab, Latinx, and women stories of the fantastic will grace the big screen? And as long as we’re forecasting, what transcultural stories must be imagined and created?

Black Panther may be a black film, but it is affecting audience members of all communities. I was lucky enough to be part of a group that paid for tickets and transportation for close to a hundred “at risk” youth to see the film before the official premiere date. The kids ranged in age from 12 to 17 and included Latinx, Afro-Latin, Asian Pacific Islander, white, and Arab, and every other possible culture and color imaginable. Before the film, most of them were excited by the movie’s hype, but didn’t initially know or care about the film’s story or themes.

But during the film, each and every one of them became fans. They whooped and hollered, clapped and gasped, they were fully immersed in the world of Wakanda. After the film, I saw a couple of the youth huddled together and crying. When I asked what was the matter, a girl responded, “I don’t know, Mr. T. Something just felt so right about this movie. I know I shouldn’t be crying, but I ain’t never seen anything like that.” I asked what they were feeling, and the she replied, “I know it’s fake, but it felt like how the world is supposed to be.”

With Black Panther, the rules have changed. We’re no longer just going to sit and wait until Hollywood studios deign to give us narrative crumbs. Things have changed because we the fans have mobilized to put Hollywood on notice. We’re watching, we’re participating, and we have the power to make or break what they offer us.

Right now it’s Panther season, and it is so because we, the activated and growing legions of fans, helped make it happen. So fellow fans, what season should it be next?

Shawn Taylor is university lecturer and a popular cultural and afrofuturism scholar. He is also a founding author of thenerdsofcolor.org and a founding co-organizer of the Black Comix Arts Festival.

READ NEXT: We Are Only as Good as Our Critics: Prioritizing Cultural Critics of Color by Elizabeth M√©ndez Berry