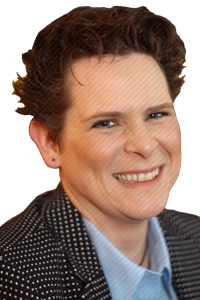 The idea of changing the pop culture narrative to better represent unheard voices is at the heart of much of the work Katrina has collaborated on including the world premiere productions of Tarell Alvin McCraney’s The Brothers Size and Wig Out!. Other favorite collaborations include the world premiere Soho Rep production of An Octoroon by Branden Jacobs-Jenkins, Ruined by Lynn Nottage, and Seed by Radha Blank (at the 10th Annual DC Hip-Hop Theater Festival and featuring Bridgit Antoinette Evans).

Katrina also worked on the PBS broadcast of From Mao to the Met. In this live one-man show, Metropolitan Opera basso Hao Jiang Tian weaves song and story into a compelling tale of his childhood in China, to surviving the Cultural Revolution, to finding his voice and building his life and career in the U.S.

In addition to her theater projects Katrina has worked for many years as the Ideas Program Manager for the International Festival of Arts & Ideas. The Festival’s mission is unique in that it works to bring together diverse and distinct communities through arts and ideas. The Ideas Series brings together a wide variety of speakers and thinkers that delve into pressing topics that explore the role art has in increasing diversity and examines the hot topics of America and beyond.

Katrina has a MFA in Stage Management from the Yale School of Drama and a BA from the University of North Texas. She is a proud member of Actors’ Equity Association.